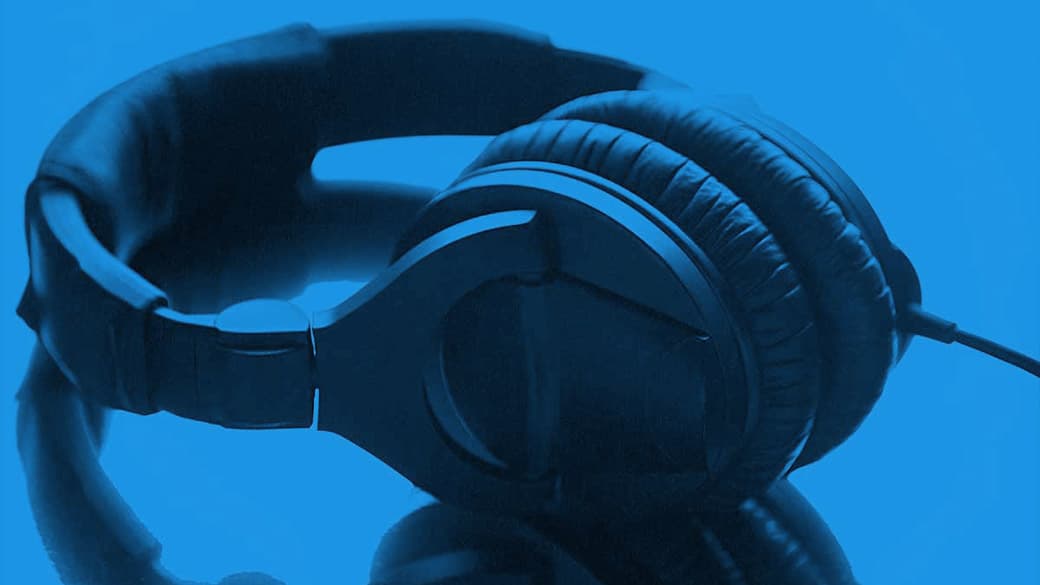 …or not? Ok, I haven’t heard and seen anything that has so much to do with 3D audio. Still, it is so far away from immersive audio. That’s why I wanted to introduce 8D Audio, 8D Music Technology, or whatever it’s called on the Internet. Furthermore, I’ll show you how such a questionable listening experience is made in a tutorial.

But one thing at a time. To put it briefly into words, what the whole thing is: Someone came up with the idea of taking commercial music and using a spatialization effect to let it "circling around his head". Then an appealing music visualization is added and uploaded to YouTube as a video. I’ll show you exactly how to do that in a video later. The thing is, the effect only works through headphones. So from a technical point of view, the 8D audio can be called binaural stereo. From an audio engineering perspective, it can be put in the same category as "Bass Boosted Version". This means to a commercial music track, somebody decided to add effects. Since no professional would usually do this, the result is questionable. I believe the correct word is "disimproved."

The Term in Detail

8D allegedly stands for eight dimensions or directions. To be honest, I have no idea why eight and which dimensions are meant: left, right, front, back, top, bottom… Uh, what else?!

So this self-proclaimed technology is not an audio format in itself. I would describe it as "binaural rotation around the head with reverb effects". So in the end product, it’s a normal stereo file. That’s why, from a technical point of view, it can easily be distributed so easily on YouTube. You can create this phenomenon with all 3D audio formats. So it doesn’t matter whether Dolby Atmos, Ambisonics, Auro 3D, wave field synthesis, etc are used.

You can imagine it as if an audio object is moved through a virtual room as a sound source. Strictly speaking, the result of the 8D Tunes is actually only two-dimensional. No hight-information is used. The sound can only be located from left, right, front and back. But not from above or below. This means that 8D audio in the classic sense is more like 360° sound, as is usual with 5.1 or Dolby Surround.

What fascinates me so much about it is the reaction of the users, because such videos have millions of clicks. Like the 8D Tunes channel:

If you look into the comments of e.g. Imagine Dragons video, you will notice the enthusiasm:

One of the two examples comes from an Indian artist and now I’ll tell you why. If you look at the search queries, the 8D songs seem to have their origin here. 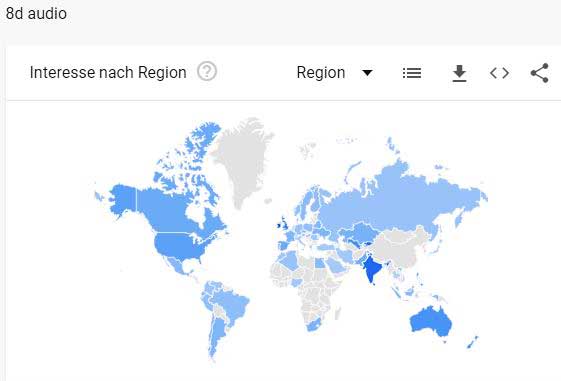 In other words, what started with Bollywood has now also reached pop music.

Why 8D Audio is a disgrace to artists

Since sound is always difficult to grasp, I try to illustrate it with a visual analogy.

So, do we want to mess up Picasso? I don’t think so. You can still follow me on Instagram though :D.

Back to topic: You can’t hide the success of the 8D. So let’s see what’s really behind it:

The secrets behind the Success

I’ve read a few articles on 8D Audio but stumbled across many, woolly phrases. Some people call it the new "ASMR" (Autonomous Sensory Meridian Response). In terms of hype factor that may be true but technically doesn’t really have much to do with it. Anyways, for me four points are crucial for the hype:

Circling around the head

Admittedly, one has probably never heard music like this before. To a sound person, the rotation sounds as if someone had turned the panning knob like a madman for fun. But well, the effect is obvious and that’s probably why it works so well. The listener quickly notices that there is a movement here that he or she has is new to. Binaural sound can distinguish left and right well, but it is more difficult to differentiate front and back. By the constant spinning, it is easier for our brains to localize sound. So the challenge of localization was not so badly solved.

Another point that can be seen in the commentaries is what is known in the audio engineering world as externalization. This means that one perceives sound – even through headphones – as if it were coming from outside the headphones. If you normally listen to music, the music is localized by our brain between the ears.
With 8D Sound, however, a reverb is also added. This makes us feel as if we’re sitting in another room. Most of the time it’s the sound of a living room or concert hall. But wait a minute, reverb effects are already used in all music productions for achieving depth. So that alone is not enough to perceive the sound "from outside".

OK, now it’s getting nerdy, but here’s the secret. All our lives, our brain has learned how to perceive our environment through three-dimensional hearing. In detail, this works via interaural intensity differences (IID), the interaural time difference (ITD) and filter curves (the actual HRTF).

An example: We hear a car approaching from the left. The car is perceived louder by the left ear than by the right ear. This is mainly because the right ear is hidden by the head as if there was a wall in between that reduces the volume.
Also, the sound from the car reaches the left ear faster. Sound travels fast, but even for our average ear distance of 17.5cm, it needs a maximum of 0.63ms. Our brain can perceive this. Finally, the car also has a different frequency curve in the left ear, this is due to our auricle. Thanks to it, sounds coming from the front sound different from those coming from the back.

It’s exactly these parameters that are added to 8D Audio content. So a rendering occurs that calculates how the music would sound for two human ears. Therefore it can be localized in three dimensions.

The Same in Green

Phew, that was enough audio engineering, for now. So let me explain why this hype is so popular in a marketing sense. There’s a good meme about it: "Same, but different, but still the same". So if you have a song that you like, you will likely enjoy the 8D version as well. It’s the same song but in a different package. That’s why cover songs are so popular: you have a good mix of something familiar, with a touch of something new.

Do It Yourself (DIY) 8D Audio

Make your own 8D Song. Seriously, please don’t do that, remember Picasso! But how is shown in my tutorial video right here by yours truly:

What is one supposed to think of that now? Good question, because 8D Audio polarizes quite a bit, especially among sound engineers. So I want to highlight the pros and cons of sound engineers and the actual users.

As always, everyone has to form their own opinion, but I think that 8D audio has a positive effect on the long run. Nonetheless it is a very interesting topic to keep an eye or ear on. Well, perhaps not really your ears … let’s just say: keep it in mind and see if it was just a hype.

A version of Pentatonix is currently going viral in WhatsApp. It’s called 8D Technology here and claims to be the first time you hear music with your brain – not your ears. Also, you’re not supposed to hear the music through the headphones, but "from the outside". If you read the article above you now know what’s that all about and can impress for friends with deep knowledge.

Feel free to contact me with you have additional questions or want to give feedback!