The one-stop solution for your immersive 3D audio project. 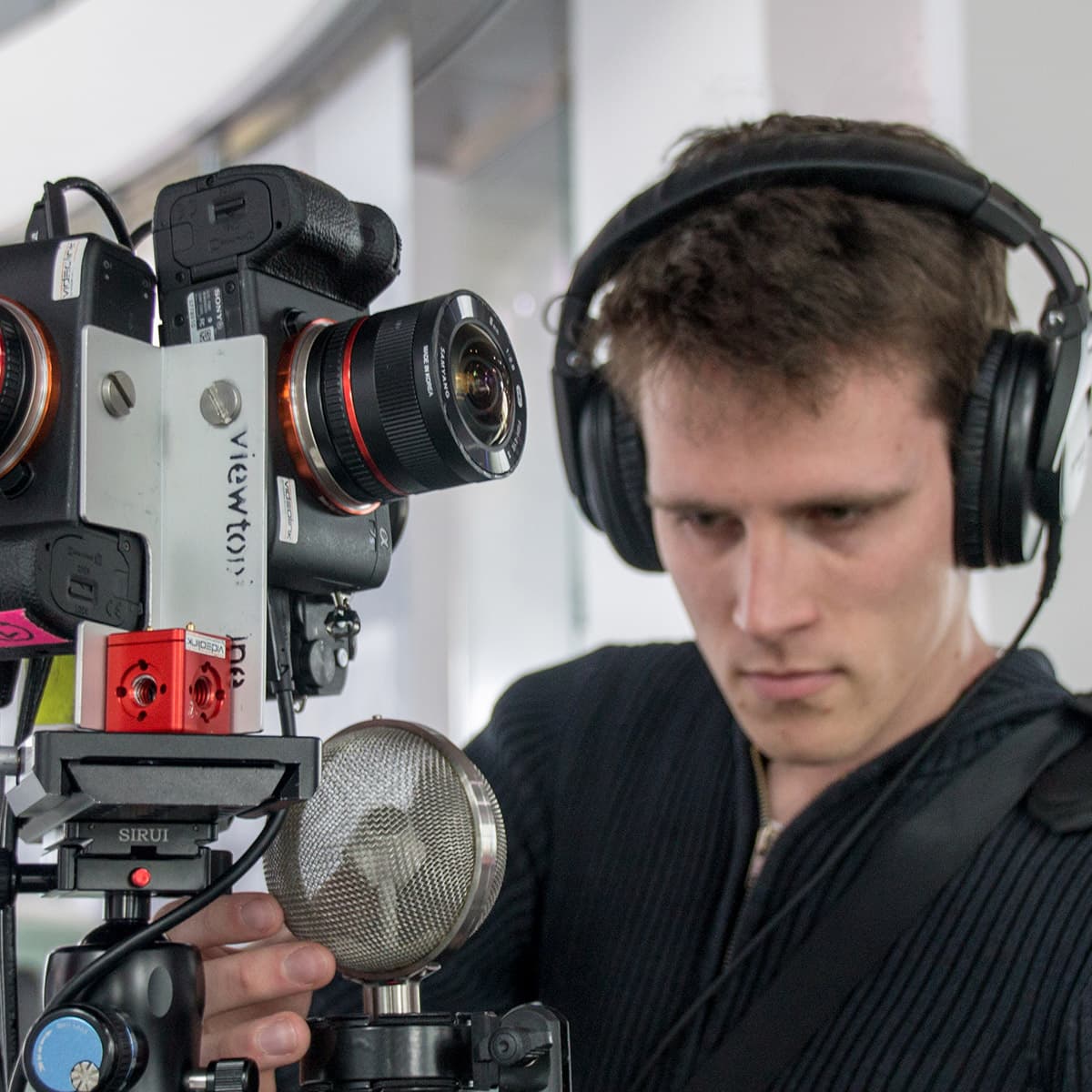 Everything for the best sound 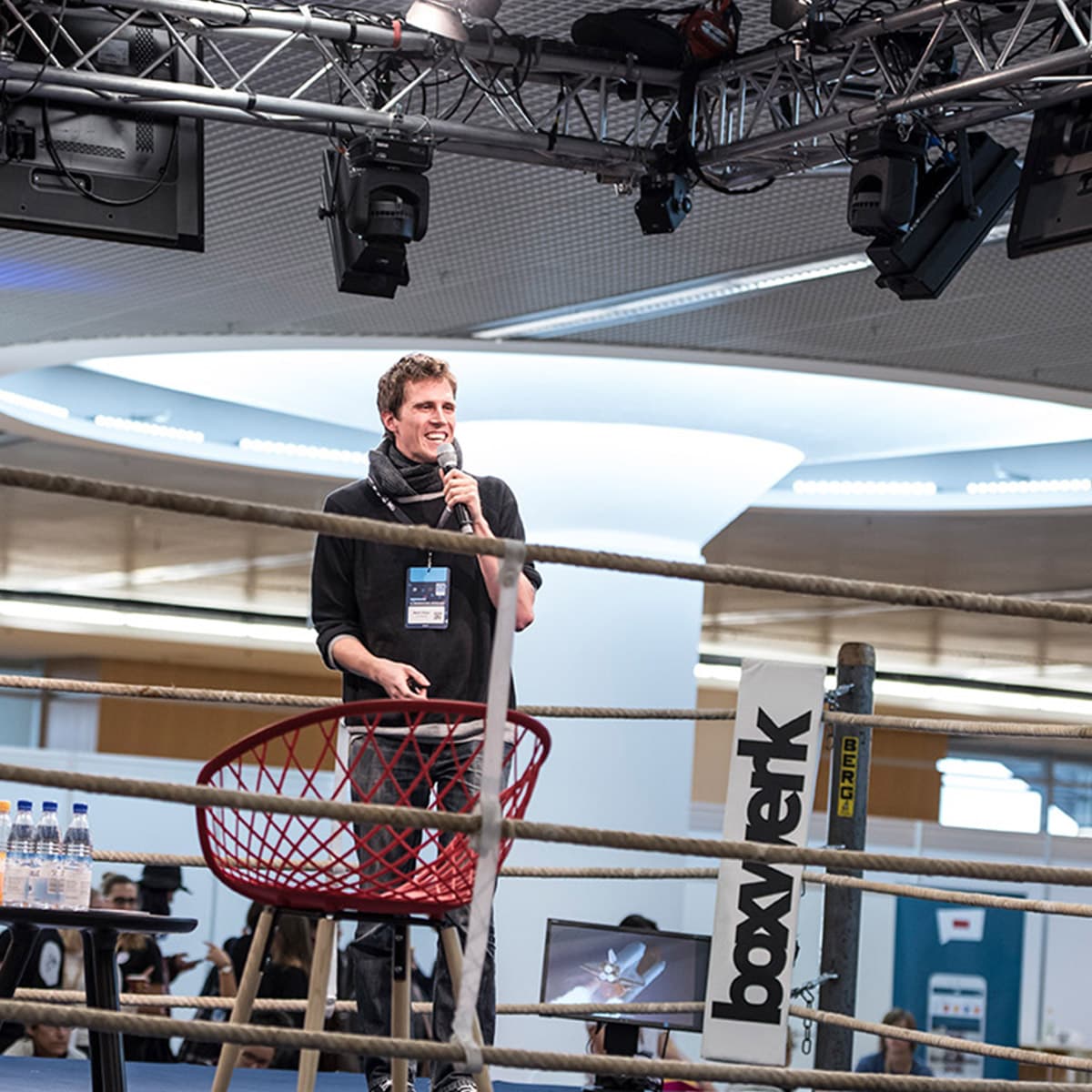 Before running on set with my whole equipment and randomly collecting sounds, it’s better to make a plan before. What kind of gear do I need, what is important for the client and is there anything I should know to avoid surprises when filming? At this step, communication is important, before I can say. Sound? Speed!

Recording for Virtual Reality is all about collecting a good mixture of sound sources that are as isolated as possible and sound fields that are as balanced as possible. This is where my special setup of 360° microphones, compact multitrack recorders, and high-end radio links comes in. Depending on the scenario, I provide the optimal recording or the microphoning for VR live streaming.

…is a broad term. To put it simple, sound is polished up and brought into balance. Restoration removes remaining noise and combines it with additional sound layers, a couple of effects and the appropriate know-how.

But especially for 360° videos, it is not enough to make everything sound realistic. The soundtrack has to have intelligibility and remain credible. Because immersion can only be created in VR when the picture and sound elements fit together.
During mixing, the sound effects, speech, and music each get the attention they deserve. In the final Mastering I am compatible with all 3D audio formats for headphones and speakers, no matter if Ambisonics, Dolby Atmos or 5.1 Surround.

As a composer, I could already provide the music for a multitude of productions such as jingles, surround sound music or mixing and mastering band projects. My favorite genre could be described as something like an epic orchestra with dubstep elements, fat rock guitars, and a little funk influence. But hey, I’m flexible.

However, what about music for virtual reality? The audience has learned how music is used in a film and lets his emotion flow with it. But there is just a thin line between casting a spell on him or causing distraction. If the viewer can’t see any musicians inside the picture, where is the music supposed to come from? Should it be head-tracked or head-locked. This question can not be answered easily, but I’ll gladly assist to find the proper solution.

Yes, I know, sound is sometimes an elusive subject. That’s why I decided to serve as a sound representative in addition to my audio service. I am speaker at various events of the Audio Engineering Society for the exchange with sound colleagues, but also at XR events of the creative industry and in the B2B sector.

That’s why I give workshops in a variety of educational institutions to inspire enthusiasm for immersive audio and stimulate dialogue. I maintain my blog as good as possible and am happy about the positive feedback from all possible corners.

As someone who specializes in the niche of the niche with his audio service, sound on virtual reality, I realized after a few years: We now have a technology that will revolutionize various areas of our lives, but we are just beginning to find out what content is excellent for it.

Extended Reality has become a part of my life. That’s why I’m also an honorary board member of the Bavarian association XR Bavaria, Extended Reality Bavaria e.V.. With this, I would like to make my contribution to make VR/AR and MR more accessible, to help students with their research work and to evaluate beta-testings. Like that, I want to help to create the conditions necessary for XR and 3D immersive audio to develop their full potential.