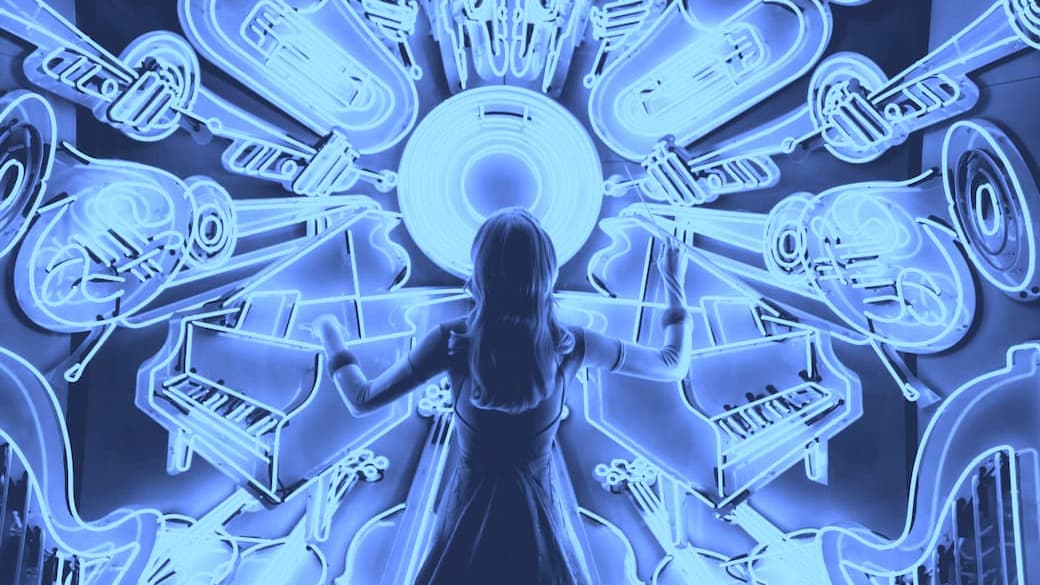 It is no longer a novelty that music streaming, unlike CDs or other physical sound carriers, is becoming increasingly popular. There is now a wide range of different streaming providers, some of which now even offer content in spatial audio. The following article will give you an overview of the music streaming sector, which adds another dimension to the listening experience.

3D audio content on music streaming platforms is generally based on object-based audio formats. These formats are channel-independent, as the rendering is done in the playback device. This has the advantage that the content can be accurately rendered on a variety of different devices.
This applies to binaural playback via headphones as well as playback via multi-channel systems, or even soundbars and smart speakers. However, the playback device must support such formats, i.e. a corresponding decoder must be installed. In the case of music streaming, two formats have become established:

Sony 360 Reality Audio is based on the 3D audio codec "MPEG-H" developed by the Fraunhofer Institute. This is becoming increasingly important, especially on live television. This enables interactive listening experiences in addition to immersive ones. Learn more about the possibilities.

Concerning Sony’s 360 Reality Audio, however, the immersive aspect is clearly in the foreground. Sony also offers the Headphones Connect app, which allows a certain amount of personalization. By using pictures taken from your own ears, the service calculates an individualized HRTF. This should further optimize the immersive listening experience.

Due to popular request, I wrote a dedicated article on Sony 360RA Audio.

The company has teamed up with the major labels Sony Music Entertainment, Universal Music Group, and Warner Music Group to provide streaming platforms with 3D (re)mixes of old and new music.

Dolby Atmos has long been a household name in the cinema and home cinema world. It was probably only a question of time before the music market was tackled as well. Like Sony’s 360 Reality Audio, it is an object-based system. Although Dolby Atmos Music is only available on two music streaming platforms, it has the advantage that Dolby Atmos is already supported by more playback devices than Sony’s 360 Reality Audio or MPEG-H.

And also since there were some requests, find out more about in my dedicated article on Dolby Atmos Music.

Dolby works with two of the three major labels, namely the Universal Music Group and the Warner Music Group.

Currently, four streaming services support 3D audio content, which will be presented below.

Amazon Music offers a Free Version, an Unlimited Version, and an HD Version. Only the HD version provides access to 3D audio content. The costs are 15€ per month. Amazon Music HD offers content in 360 Reality Audio format and Dolby Atmos Music format. With the launch in autumn 2019, 1000 tracks mixed in 3D went online, but according to Amazon, more songs will be added continuously. The "Best of 3D Audio" tracklist, which contains both current pop songs as well as older classics, is often referred to as the one to start with.

But to listen to the songs you need a dedicated smart-speaker. They have multiple integrated loudspeakers to take advantage of the multichannel 3d audio. So they are not just stereo. Find out more about smartspeakers for spatial audio. Examples are the Amazon Echo Studio or the Sony SRS-RA3000 and SRS-RA5000.

Update 21/10: Exclusivity for Smartspeaker users has changed. Now all Amazon Music Unlimted subscribers can enjoy 3D audio with any headphones. Not only is the Dolby Atmos Music catalog already available. But also Sony 360RA content.

To consume 3D Audio through Deezer, you need the Deezer Hifi Subscription and a standalone app called "360 by Deezer". The Hifi subscription costs 15€ per month and you can use the app afterward without any extra charge. It should be emphasized that Deezer requires two apps to consume all content, which seems a bit cumbersome. The 3D content is based on the Sony 360 reality audio format. As with Amazon Music, Deezer initially had about 1000 3D tracks, which are to be continuously increased.

Nugs.net has specialized in live music. To access the 3D audio content you need a Hifi-Subscription. The costs for this are 25$ per month or alternatively 250$ per year. But there is also the possibility to buy single concerts, the prices of which vary. Nugs.net has also teamed up with Sony and therefore offers 3D content in 360 reality format. The offer of that content seems to be still quite manageable, there is music by Herbie Hancock, Miles Davis, or Billy Joel for example.

As with the previously mentioned streaming services, Tidal also requires a hi-fi subscription to access 3D music. The price for this is 20€ per month. Like Amazon Music, Tidal offers 3D content in 360 Reality Audio format and Dolby Atmos Music format.

By default, Apple Music automatically plays Dolby Atmos tracks on all AirPods and Beats headphones with an H1 or W1 chip. As well as on the built-in speakers in the latest versions of iPhone, iPad and Mac. So the content is currently almost the same as on Amazon Music. Since the tracks have been mixed with Dolby Atmos Music.

Hungama Music users with compatible Dolby Atmos-enabled mobile devices can listen to a growing library of music in Dolby Atmos. From T-Series, India’s leading music label and other leading Hindi and regional labels, local artists can be found.

With Anghami Pro’s music selection in Dolby Atmos, listeners can experience a deeper connection to their favorite artists and songs. Anghami is the first music streaming service in the MENA region to offer Dolby Atmos Music for Plus subscribers.

Spotify, iTunes and the rest?

As you might have noticed, there are still some familiar names of music streaming missing. Spotify, Google Play Music, etc. do not officially offer 3D audio content yet. Apple Music joined the game in the meantime with Dolby Atmos. The new Apple iOS even allows the playback of multi-channel audio up to 7.1.4 via the audio settings. Head tracking is available for mobile devices and Airpods headphones.

However, one should not forget that listening to 3D audio over headphones is binauralized audio. Binaural audio can be played back in the very conventional stereo format and is therefore compatible with any streaming service and is very popular in the form of 8D Audio e.g. on YouTube.

You can also find 3D audio on Spotify. Of course, binaural audio has the disadvantage of not being as independent as the object-based formats of Sony and Dolby, so it should only be heard with headphones and does not offer any further personalization or even head-tracking.

It remains to be seen whether 3D music will be accepted by the masses in the future. As you can see, this content is still reserved for premium customers only and has something of the chicken and egg question of content. But I think at the latest when Spotify is on board (which is not planned at the moment), there could be a 3D music boom. But still, a reason to be excited!