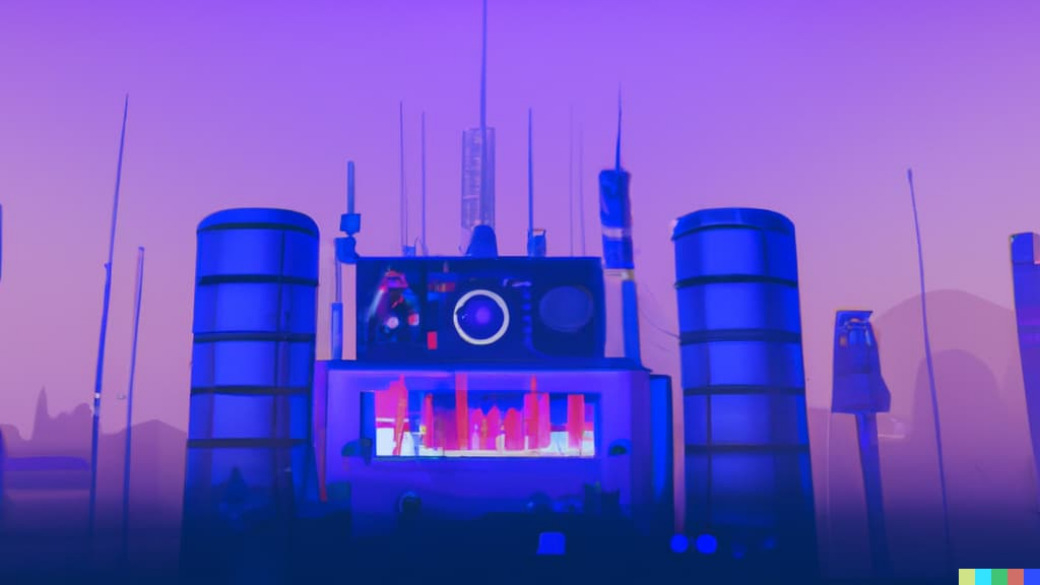 How radio sounds futuristic with 3D spatial audio in broadcasting

Based on your podcast on the history and future of radio with spatial audio. By Daniel Gallas in cooperation with Martin Rieger from VRTonung.

Somehow, all of us have a pair of old headphones floating around in our closet – or a new pair in daily use. Technology is advancing so rapidly that you are almost forced to go with the trend. spatial audio may be one of the most important innovations here.

Whether it’s Apple with Spatial Audio or Sony with Dolby Atmos, immersive listening is being advertised. I’m already pretty happy to live in a time where sound plays such an important role. For example, during the space battles of Star Wars, it feels like you’re right in the middle of the action. But unfortunately, that wasn’t always the case.

How did you transmit radio back in the days?

I’m sure we can all remember having to constantly search for the radio station and still having a quiet hissing noise in the background. In the meantime, such technical hurdles have been solved, but listening consumption has also changed. Away from the classic radio and towards online streaming. As a result, radio stations have also had to reorient themselves.

One category that remains popular is radio plays. Probably the most famous radio play on the radio was War of the Worlds. Back in 1938, the CBS radio station interrupted the evening dance music for a breaking news bulletin. "The Martians are attacking us," it said. At the same time, the evening program kept interrupting for more special announcements. This almost led to mass panic. This shows how effectively storytelling could be used for audio productions back then.

What is spatial audio doing in broadcasting?

With the help of spatial audio, this radio play would certainly have been an even greater experience. Fortunately, 3D audio can be used for more than just fake news; it can give listeners a whole new perspective. Perhaps thanks to spatial Audio, people will listen to the radio more often again in the future. Whether 3D Audio will be the future of radio, you can find out here:

What is missing, however, is precisely this three-dimensional hearing impression, that you suddenly also have sounds from above and below. To put it simply, 3D audio just feels natural, because we humans have always been used to hearing in three dimensions. We’ve been doing it all our lives and we know what it sounds like. That’s why spatial audio now helps us experience this natural auditory impression on the radio, for example.

The development of sound recording

The development of the first radio was more than a century ago. Nikola Tesla developed the first working radio in 1900. Then in 1923, German radio began with the words, "Attention, attention, this is the Berlin broadcasting station in the Voxhaus."

Since then, technology has continued to evolve over the years. The first recording in stereo was a rehearsal of Mozart’s Symphony Jupiter. Audio content in this two-channel format is normal for everyone these days. It doesn’t matter if it’s a car ride on vacation or relaxing music streaming on the road. All content is enjoyed in stereo.

But for a few years, there is spatial audio. What is the difference between stereo and how can I listen to it? Are there audio samples and demo productions already on the radio?

The following paragraphs are based on an interview with Martin Rieger, an expert in immersive media and 3D audio. In conversation with Daniel Gallas, a student at the University of the Federal Armed Forces Munich in the module Innovation in Journalism. 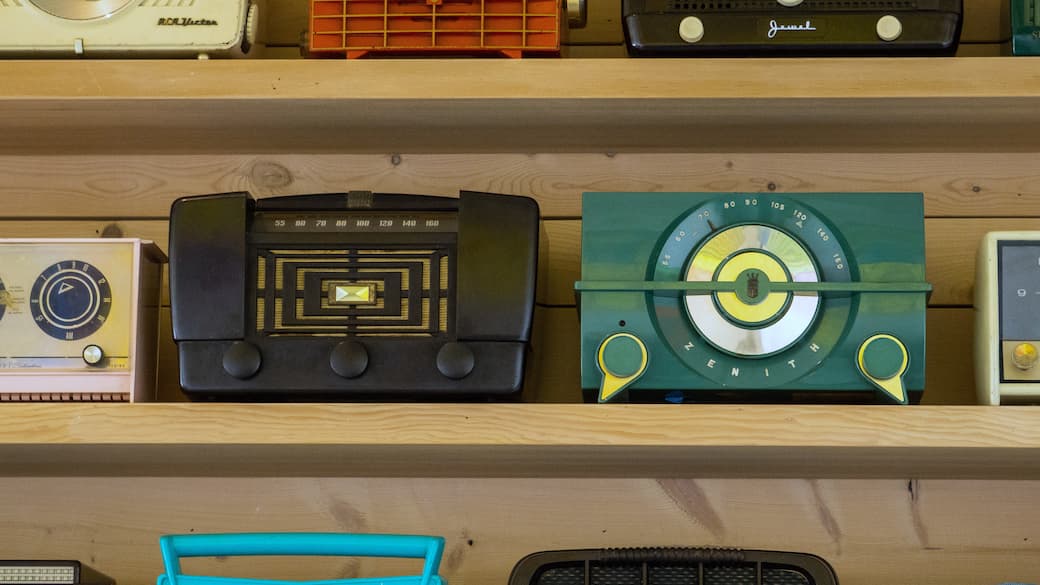 spatial audio? How is it different from stereo?

There are two ways to listen to 3D audio content. One is technically a bit complex, which is via speakers. You’d need more speakers than you’d get with 5.1. In addition to the six speakers on the floor, there are also speakers on the ceiling. This gives the impression that the sound is coming from all directions.

But now it is also technically possible to create this listening impression on commercially available headphones. No matter if with or without Bluetooth – waterproof or not. Because you only need two audio channels. We humans have only two ears, but we can still hear spatially. Our brain computes the sound information into a sound image. And that’s where things get exciting because you can make content accessible to a whole lot of people via headphones. This can be music, film, podcasts, or even completely different immersive media. 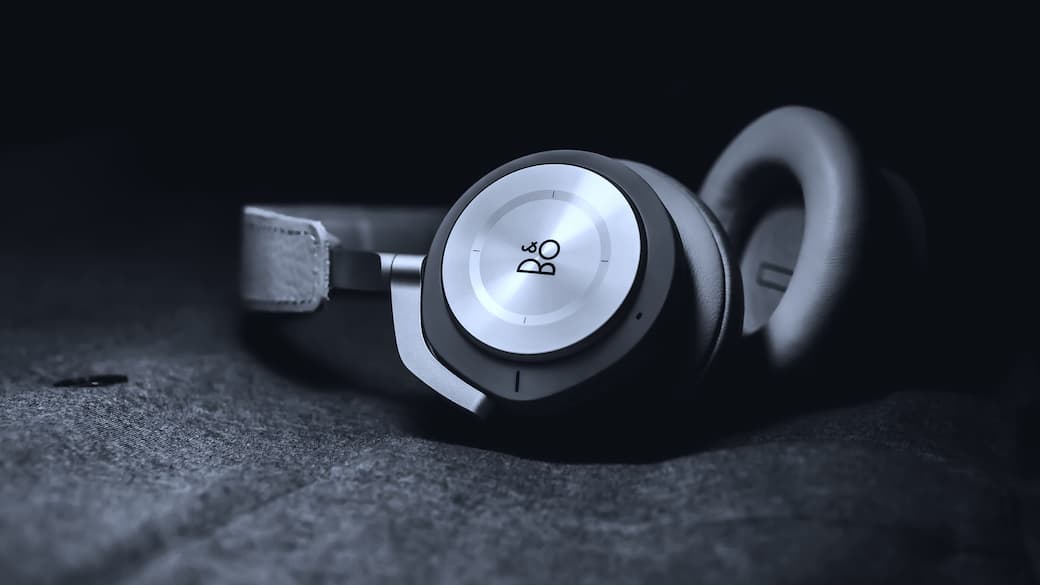 Today, you don’t need a whole lot of speakers spread around the room, but for example, it’s available as a soundbar. This is a speaker arrangement where many speakers are next to each other. You can place them conveniently under the TV, for example. They have very clever algorithms that use the room, for example, to use the wall or the ceiling as virtual speakers. So that the sound doesn’t just come from the front, that is, from the TV, but is also projected around you, if you will. If you want to learn more about this, here's our article on it.

What’s the difference between Dolby Atmos and Spatial Audio from Apple?

spatial Audio works, as we said, through a simple pair of headphones. You don’t even need special equipment from Apple or other providers. But then you only have one perspective mapped for the 3D spatial sound. Dolby assumes that the users always look in a fixed direction. In simple terms, Apple uses Dolby’s audio, but adds its own rendering. So the music on Amazon Music sounds slightly different than on Apple Music, even though both are immersive audio produced in Dolby Atmos.

You can imagine it a bit like in the cinema. There, too, you only look forwards. And when you have 3D audio, the sound happens around you. The only difference is that you wear headphones and still have this cinema-like surround sound. Apple Music even supports head-tracking – Dolby does not yet – but more on that later.

However, the speech always comes from the front, i.e. the center speaker. While music usually comes from the left and right front. The surround or ceiling speakers are mainly addressed with sound effects. These can be subtle atmospheres like a forest in the rain or traffic. But also action-packed scenes with explosions etc. are popular applications for 3D sound.

Apple has entered into a collaboration with Dolby for Apple Music to be able to present music in 3D as well. Many movies, such as those that can be streamed on Disney+, also work with Apple headphones. But it is always a question of application whether Apple also uses Dolby technology or its own. Therefore, here is the overview:

How can head-tracking be used in our daily lifes?

Let’s now extend our spatial audio experience to a technological level. We not only map the sound impression from one direction but all possible head movements. So all of a sudden you have the possibility that the sound adapts depending on the direction of your gaze. If you want to learn more about this, here's our article on it.

How can 3D audio navigation be used in everyday life?

And you could use that for navigation, for example, that you hear a magic voice that says "Now turn left." You move your head and then all of a sudden the voice comes from the front. And everybody knows this. You come out of the subway, you go upstairs you hear the navigation voice say asking you to turn left. Then you have to look at your cell phone and ask yourself:

In this way, sound can be used to overcome an obstacle that could otherwise only be solved with visual elements by looking at the smartphone.

The example mentioned is now not even content in the sense of music or with movies. But also a nice application where I think:

Hey, people have added value with 3D audio. With head tracking, the cell phone suddenly has a second reference system. So it knows approximately in which direction we are looking. And help us in everyday life< It can’t read our eyes, i.e. where exactly we are looking. But the information alone, which angle we are looking at, can then also be used for the sound in a very exciting way.

What advantages does spatial audio offer the radio of the future?

Simply put, 3D audio simply feels more natural, because we humans have always been used to listening in three dimensions. We’ve been doing it all our lives and we know how it sounds.

That’s why 3D audio now helps us to experience this natural listening impression on the radio, for example. That you can tell stories in a much more engaging way. That you have the feeling that you are on the spot. Or even part of the action. It’s also easier to follow conversations, as I've already explained here.

There are also a couple of public broadcasters that are experimenting with this. But at the end of the day, for me, they are mostly just nicely done radio plays, unfortunately. Almost all of them would have worked in stereo with well-done sound design.

Many here use a software called Dear Reality to let audio objects wander around the room quite randomly. Artificial distance parameters and virtual reverberation rooms are added to the sound. But the reality is not just a few mono sources in the room. Engaging audio experiences need meaningful immersive storytelling that takes advantage of 3D audio. If you want to know how to do that, feel free to contact me.

Object-based audio can be more than just beautiful sound design. So if you want to go one step further, object-based audio formats such as MPEG-H 3D audio come into play. Such NGA audio formats can contain three-dimensional information. But they can also contain metadata that describes: What exactly is this object now?

But if you had the objects separated, which object-based audio formats can do, you could go here and specifically mute the commentator. But I can still have the stadium atmosphere and continue to make my unqualified comments with my friends. So everyone can create their own personalized soccer experience. And that is the strength of spatial audio, which is enhanced by object-based audio.

Going from mono to stereo was a huge step. This format has been around for decades and is prevalent on all major platforms. From radio to TV to social media to music streaming and podcasts. But voice content is mostly still only available as mono, so it only comes from the front. Just like the other sounds, which seem unnatural to us humans.

Movies and music, however, offer a whole new experience in spatial audio. In addition, there will be everyday applications where consumers also understand the added value of 3D audio. So it goes far beyond a nice-to-have like Dolby Atmos. The right content is crucial. As well as exciting use cases.

In addition to the creative design, technical implementation is also important. Only the future will show whether and how 3D audio will prevail. But I would hardly deal with it like anyone else in the German-speaking world if success were not pre-programmed.

I’m happy to help create a new listening experience. How that sounds we can find out together with a non-binding contact now. I am looking forward to it!