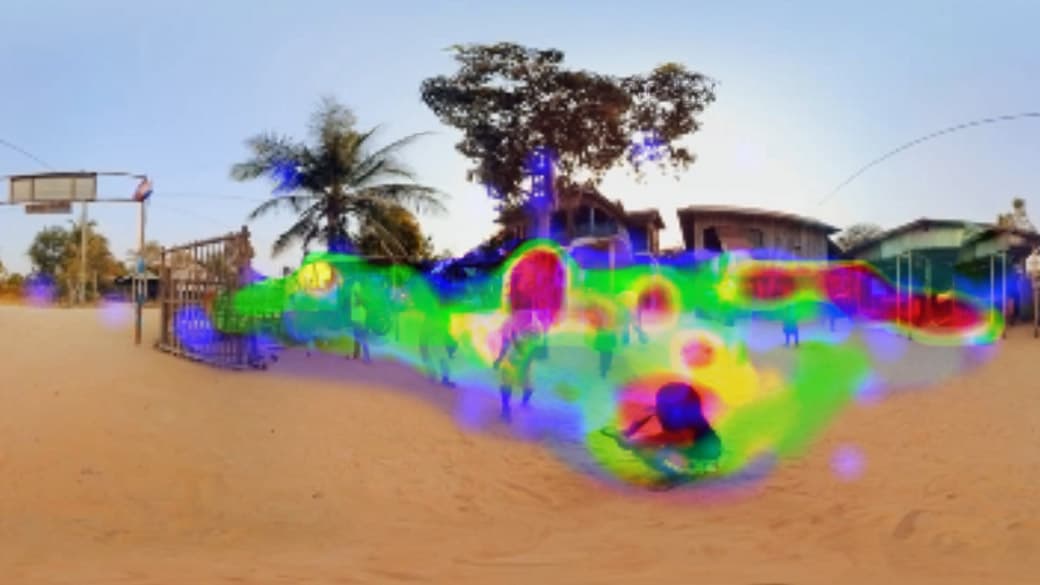 One of the most important points to consider as a content producer for virtual reality videos is the question of where the viewer will end up looking when he or she has is wearing the VR headset. One of the most effective methods of influencing the view is to use 360° audio as a guide. At events and lectures, I see again and again – and I count myself among them: there are many assumptions, but whether something works and or not is rarely checked. What you would need is a series of experiments, comparing spatial audio with static sound and the extent to which the experimental groups differ – preferably with a 360 heatmap.

Research, I could never do alone. But fortunately, there is the Munich VR 360° Video Meetup. There I got to know Sylvia Rothe from http://rubin-film.de/ who is now doing her Ph.D. at LMU Munich. Short: She can do programming, I can do sound. Both of us are enthusiastic about VR and wanted to investigate exactly this problem.

The results of this study have now been released in an official framework. With the proceedings of the Tonmeistertagung the paper was published and is scientifically accepted. I am happy to have been able to make a small contribution to how sound is perceived in virtual reality 360° videos.

The source material is an episode of the 360° documentary Crossing Borders, about an orphanage in Cambodia, called CPOC. It contains many different sequences, such as interviews, a voice-over narrator, landscapes, people, animals, and motorcycles. The music was left out and muted to focus on the soundtrack. So a small app has been programmed in Unity, which stores the viewing direction as datasets so that they can later be collected and processed for the 360 heatmap. The whole thing once with sound head-tracking (ambisonics, tbe-format) and once as a normal stereo (binaural down-mix from the 0° azimuth position, looking at the center of the equirectangular image). Here is a screenshot from the movie, in the pictures below the respective 360 heatmap.

Implementation of the set-up

The experimental setup was as follows:

How exactly the heatmap was created is, to be honest, pretty nerdy. The short versions are so-called "space time cubes" and the "Getis-Ord Gi statistic". Here is a short extract from the scientific paper. 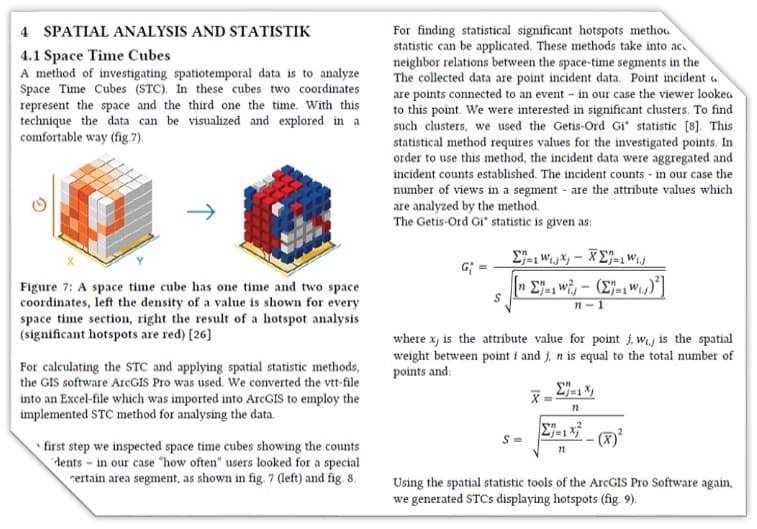 Thus there were two user groups, one called "Spatial" and one called "Static". Both saw the same video but heard a different sound.

Up today, we were able to make about 20 evaluations per test group, so 50 in total. We specified age, gender, profession and how experienced the subject is with the medium of virtual reality. This is what the survey looked like: 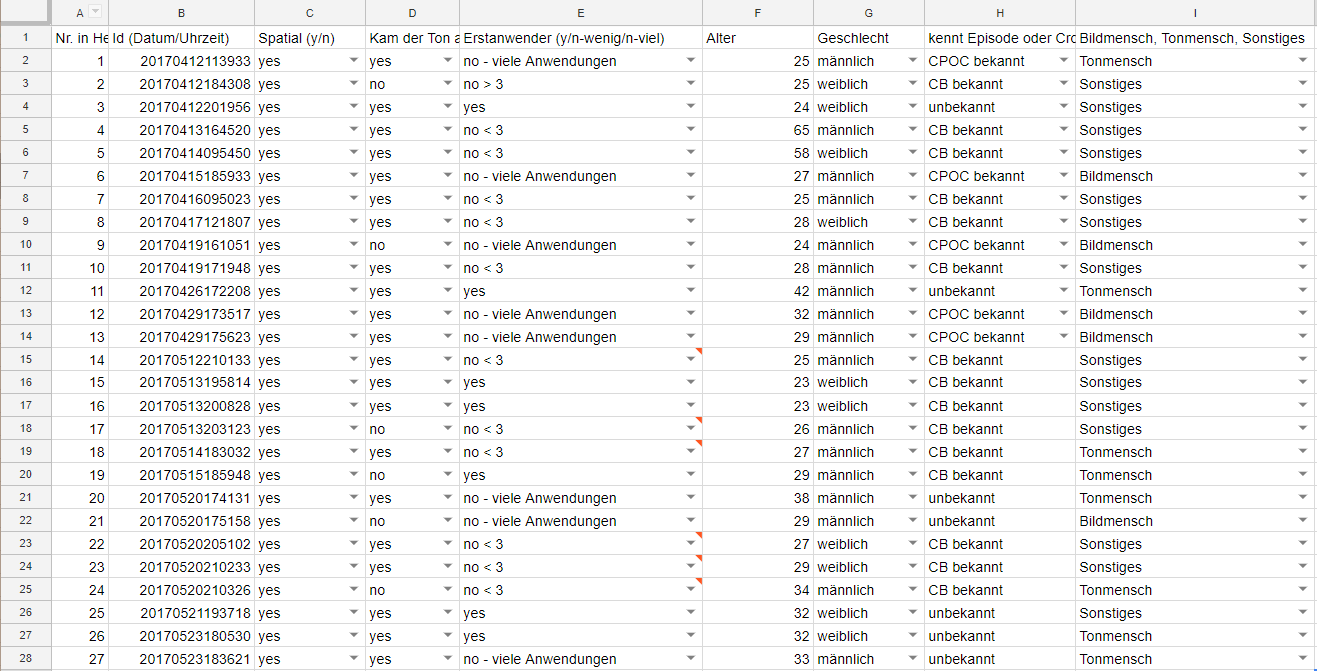 Let’s start with the results we could find in both groups.

Now it gets (even more) exciting, here are some first, careful conclusions:

This was my first try to see, if my work as a VR-sound designer actually makes a difference and luckily, it does. There is so much more work to do, to indicate the effects of virtual reality sound on humans, but I hope this is helpful and I welcome further investigation! Immersive audio is nonetheless great and is just starting to get awareness in the public which is what I try to push by giving talks, workshops and offer to mentor for that.

Since people asked me, why I didn’t use YouTube’s 360 heatmap report, let me comment on that quick. YouTube has always been collecting a vast amount of data for the user’s YouTube channel: When, where, who, how long the video was watching, etc. Now, even more, is available for VR/360 content: Where did the YouTube viewers look? From the principle exactly what was described above, but there are some facts to be careful with:

Nevertheless, it is a great feature and nice of YouTube that it has been implemented to help out VR content creators.

The service as been shut down because it wasn’t frequently used. Read more on Google support