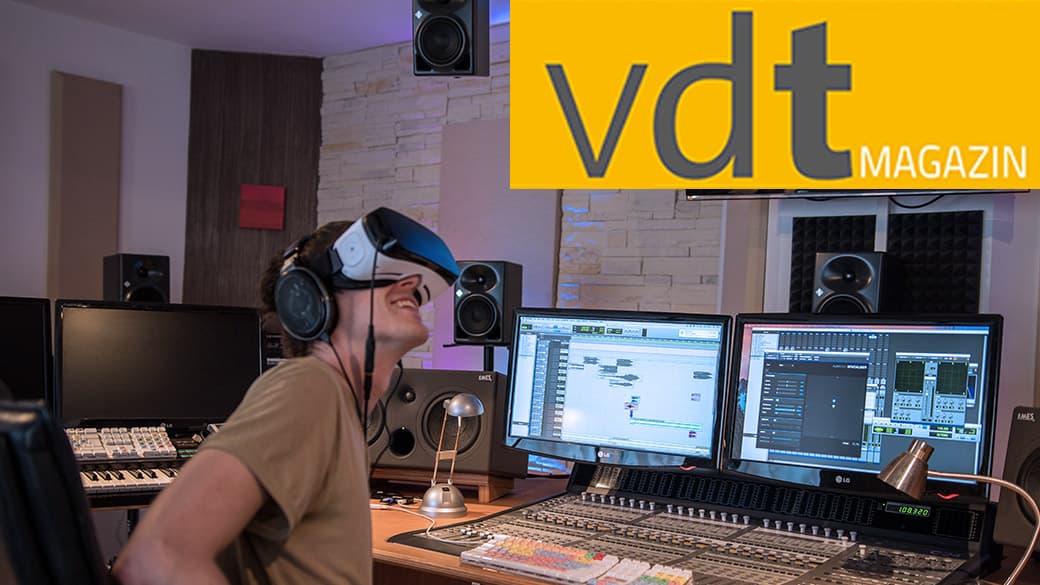 So as VRTONUNG I was allowed to contribute to the magazine of the Verband Deutscher Tonmeister.

As if that wasn’t honoring enough, I get to put my face on the cover… at least half of it, after the rest is covered by the GearVR 😉 Of course, it’s not only about me (luckily), but there are other highly interesting articles about 3D sound – greetings to colleagues, respect for the work!

Even though the most important points are listed in my interview, in retrospect you can still think of things that would have gone beyond the scope of the interview. So here are a few thoughts, in addition to the article, in no particular order:

Yeah, well, nobody really knows how she’s gonna be, so time for speculation:
I work a lot with Ambisonics and assume it will continue to be a viable business. To explain the format, of course not everybody knows, here is my complete blog post. Nevertheless, I assume that it will go more in the direction of object-based audio. I have already done here a small comparison of sound field, object and channel-based surround sound. Ambisonics simply can’t compete with audio objects in terms of location and sound reinforcement, so you’ll have to go to the Higher-Order Ambisonics. 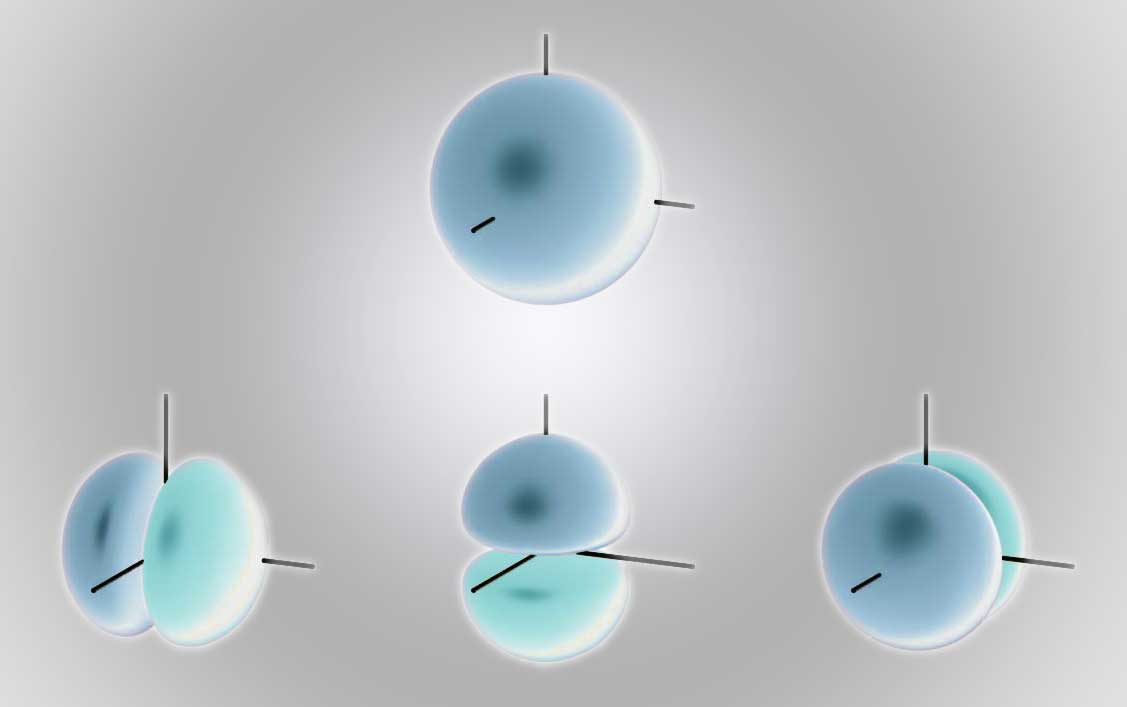 Meaning I see a mixed form for the dubbing of VR videos in the future:

This would provide an audio format that would allow optimal positioning on VR glasses, while not excluding sound reinforcement. It is currently not but should be considered before mixing. Whether, and how easily, headphone mixes can be transferred to surround sound systems and vice versa is a completely different story.

Even if different microphones are briefly discussed, there was no room to go into each one. Here but there is a very detailed comparison of the microphones DPA 4006, Soundfield MKV, Core Sound TetraMic, Zoom H2n, MH Acoustics Eigenmike.
I can only add that I do not see the future in Ambisonic microphones. Even though the next microphone generation is just coming, which works with 8 instead of 4 microphone capsules for a higher resolution, as long as the microphone capsules are only cardioid, I consider them rather unsuitable for speech recordings. 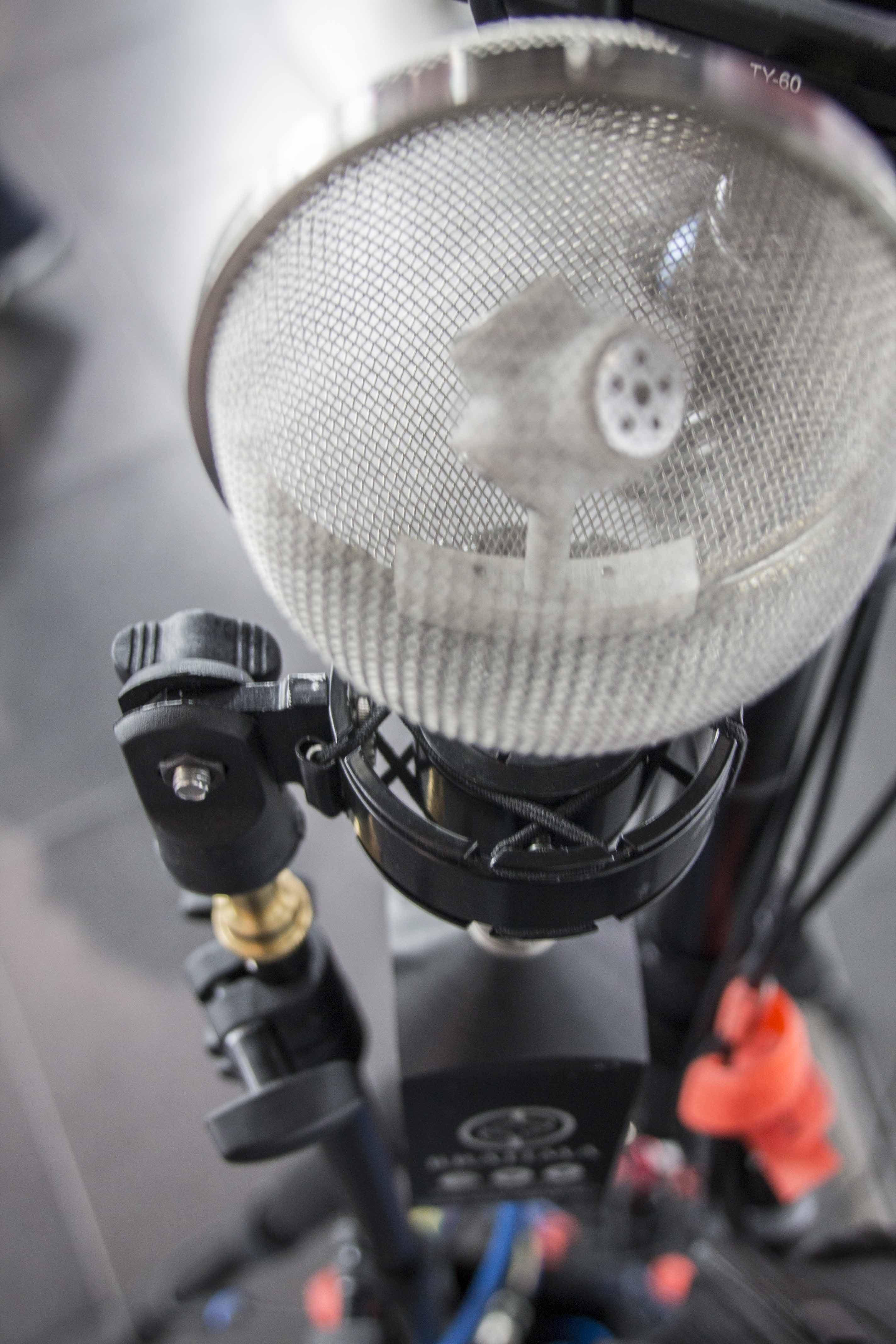 Much better than placing a surround microphone and VR camera, it would be easy to use the camera sound. Cameras like the Nokia Ozo already work with first-order Ambisonic, but the microphone pre-amps can’t even be leveled, so the sound is less usable. Here, however, more advanced 360° cameras with 3D sound in various formats are already on the way, Fraunhofer is working on an algorithm that combines different camera sounds into one sound field. So let’s see how the whole thing develops further. In this Blog entry I already had the chance to take a closer look at the Insta360 Pro’s spatial sound capabilities.

I could only briefly mention here that I, as a composer, decided to set up the music as classical stereo, simply so that the user cannot influence it through head movement and the experience remains the same every time – unlike the original sound. I have already dedicated a whole Blog entry to this topic, with some scenarios, examples and thought experiments.

In short: Here may, should and will hopefully still be much experimented, stereo does not have to be the solution.

Thanks to all involved

Back to the Blog