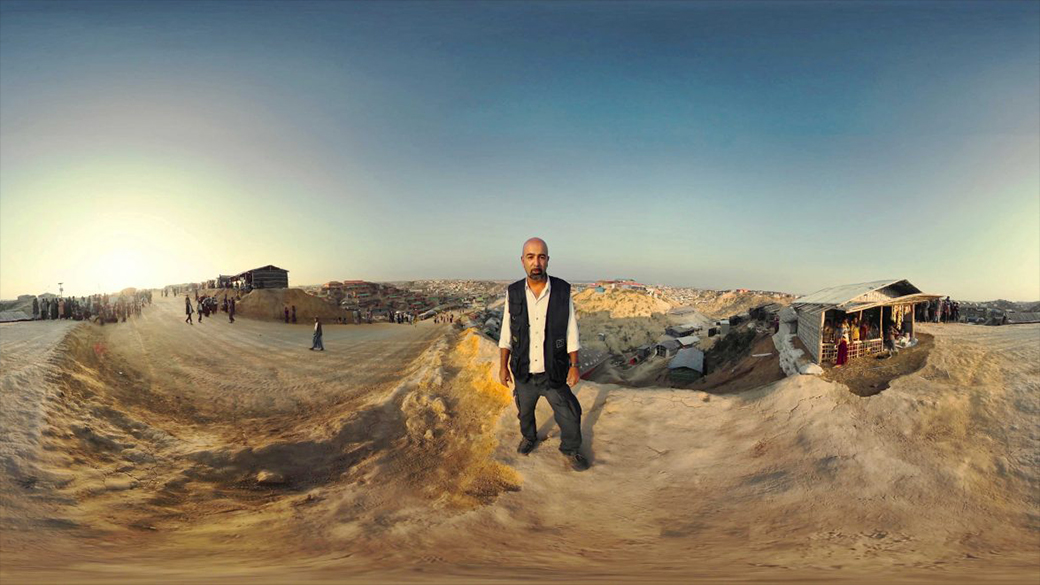 One of my absolute favorite projects so far has been to carry out a VR Experience for the European Commission.

DG-ECHO (European Civil Protection and Humanitarian Aid Operations) is active worldwide yet mostly unknown to the public. Through a virtual reality experience, citizens can now live to see how the EU is helping to save lives worldwide.

Thus, I had the chance to travel to Belgium, Denmark and Bangladesh to film three 360° videos. The content was later put into a VR application to be watched on Samsung GearVRs. The whole installation is traveling through Europe, which can be exhibited here: https://ec.europa.eu/echo/resources-campaigns/campaigns/eusaveslives_en

In Belgium, the ERCC (Emergency Response Coordination Centre) is the command center from which crises are being coordinated, how the name already tells it. In Denmark, an earthquake exercise shows teams from all over Europe being trained for emergencies.
In Bangladesh, the Rohingya refugee camp can be seen and how various aid organizations are improving the situation.

The 360° film was shot with a Kandao Obsidian, which turned out to be a good choice with great flexibility, even under extreme conditions, which existed in almost every country. For the sound, it was a corresponding challenge to work with immersive, multi-channel microphones, while you still have to collect sounds based on objects and wire up protagonists at the same time. And despite this, you still have to collect atmospheres and wild tracks, but nothing is impossible.

The recorded 360° videos were then brought into a VR Experience as an app, which could be controlled from the EU’s comment center and navigated through the various scenarios. The Samsung GearVR was the answer because the Oculus Go was not available on the market in time for its launch.

Exactly such projects motivate me because I could supervise the shooting with 360° sound on location, took over the mixing and the sound design of the 360° videos and also provided the interactive sound elements of the VR Experience. This is what I call 360° Sound Production.