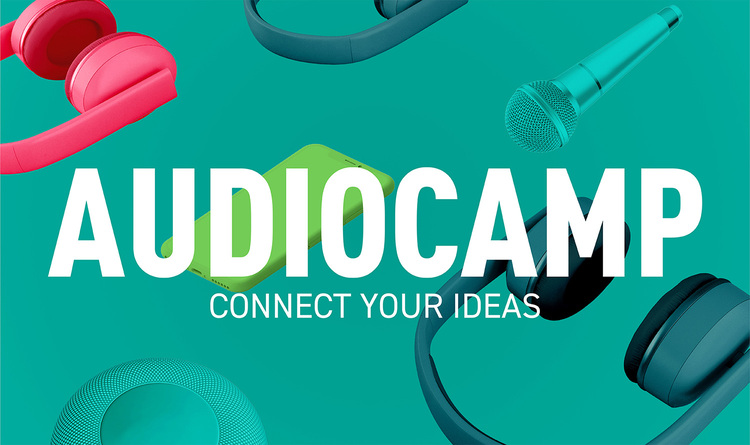 About the Journalism Lab Event

We are happy to invite you again to the Journalism Lab Audiocamp on 1 September 2021. We want to give people from the audio industry space for exchange and discussion at eye level. We already have exciting session proposals, are looking forward to a networking platform provided by the Media Commission of the Media Authority of North Rhine-Westphalia and can also present the results of the "On Track" study series on mobile audio use. Be there!

Martin Rieger is there, of course, with 3D Audio

There’s a breath of fresh air for the ears: Spatial 3D Audio is experiencing a huge buzz due to Apple’s new releases, the Sony Playstation and about 8D Audio videos on YouTube. However, this is not just hype, but heralds the next evolutionary stage of listening. From our natural environment, we humans are used to experiencing our surroundings in three dimensions.

Commercially available headphones now offer the possibility of experiencing 3D audio technology from home. But how can 3D audio become the future? I’ll tell you about what there is to know, how it all sounds and what exciting applications there are and will be in the future.

I’m holding the session together with the automotive experts from Binaurics and I’m looking forward to shedding light on the topic of 3D audio from a technical and creative content perspective. 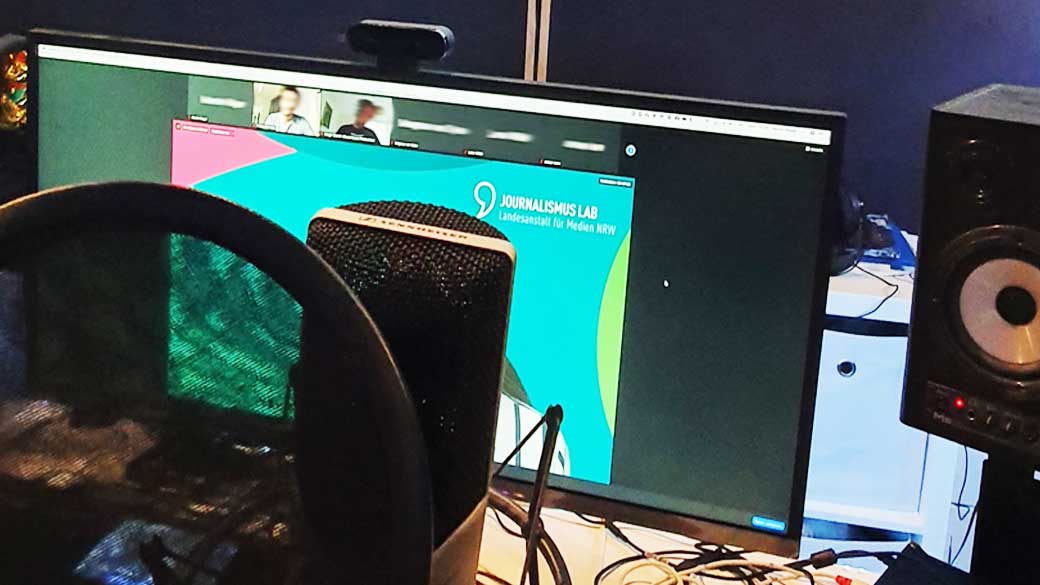 Here is the whole recap by Journalismus Lab and full day Audiocamp. Susanne Lang was even kind enough to write a report on the immersive 3D audio talk, thanks for that!

Immersive 3D Audio. What does the revolution of hearing sound like?

Humans naturally hear in three dimensions. Digital 3D audio can now imitate this more and more. What opportunities does the technology offer? This was discussed by sound engineers Martin Rieger from VRTonung, Detlef Wiese and Hauke Krüger from Binaurics at the Audiocamp.

Sometimes the digital revolution leads back to the origin. 3D audio or immersive audio is such a revolution, which enables spatial listening via special microphones and digital technology.

"The three-dimensional audio experience corresponds to our natural listening habit," Martin Rieger explained at the Audiocamp session on 3D audio.

People automatically hear all sounds in a room, not just a separated voice as is usual with stereo transmissions. Together with audio experts Detlef Wiese and Hauke Krüger from the production company Binaurics, Rieger presented the possibilities of the new technology in the session – and what better way than with a live experiment.

3D Audio for the feeling of being there

The perceived closeness at a real distance was particularly valuable for pupils who had purely online or alternate lessons for long periods during Corona-related lockdowns. This was the conclusion reached by sound engineer Hauke Krüger, who had started an experiment with 3D audio in his children’s classrooms during homeschooling. FlOhrin, an immersive avatar, was set up in the classrooms on site at the school.

It had the shape of a human head and was equipped with a camera and microphones that guaranteed a three-dimensional listening experience.

"Flohrin was the eyes and ears for all the pupils who followed the lessons from home," said Krüger.

The children took a more active part in the events and were able to concentrate better and longer, said Krüger. Following the school experiment, Krüger had also tested the technology in a live streaming from the church – with similar results:

The participants at home had the feeling of being there on the spot. So the conclusion of the sound experts was obvious where 3D technology could be used in the future: in the broadcasting of events, concerts, sporting events and discussions, but also in cars, in the production of commercials and audio books as well as in the gaming industry. 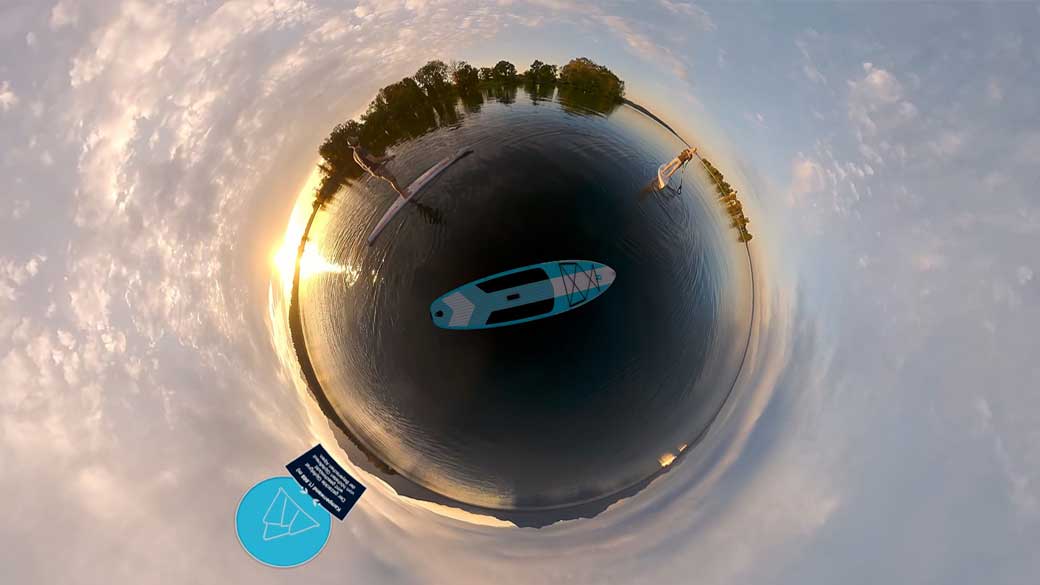 The potential for future audio productions

As beautiful as this all sounds in the truest sense of the word, there was one objection from the audience: the dummy head is not really new, Philipp Reinartz noted, the technology dates back to the 1920s. "What exactly is the potential?" he asked.

For Martin Rieger, the answer clearly lies in the digital possibilities. "With new spatialisers, the sound can be brought into virtual space, so that the sound field moves with it when the sound source moves."

Rieger had a convincing example of this: a commercial for the Chiemsee tourism region. In it, a man speaks as he rides across the lake on a standup paddleboard. With digital immersive technology, the sounds of the environment change parallel to the head movements of the man on the board. This also eliminates the need for headphones, which are still necessary for the pre-stage of immersive audio, the so-called binaural audio as in Kunstkopf Flohrin. 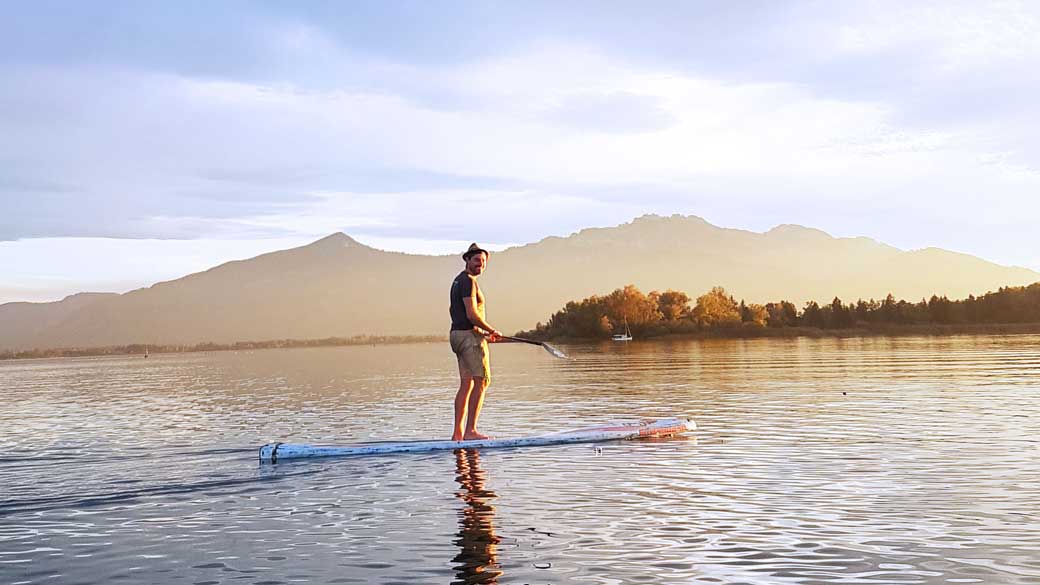 "Everyone now owns headphones and uses them every day."

However, since hardly anyone owns a dummy head, another question arose for Valerie Wagner at the end of the session: "What do you need to produce a 3D podcast?" Definitely not expensive equipment, Martin Rieger assured her. More problematic than the hardware on offer, he sees the rare use of the technology.

"There is hardly any well-made 3D audio content because few know what works better here than with stereo," said Rieger. But that, too, is likely to change soon.