How good music and VR are for climate and accessibility

VR is good for the climate

This does not only mean the climate at home or at a concert but actually the climate in the global sense. I was at the music event "M for Montreal" recently and there was quite a serious discussion about climate change. Artists are also worried about the footprint they leave behind and are keen to travel CO2-neutral.
At the latest here, some concert friends and live world music lovers should also pay attention because Martin says:

"Artists travel around an awful lot and are forced to do so for concerts all over the planet. So what if instead of lots of small concerts, you just have one big concert, which is for example broadcasted in VR or even entirely digital? Also, you could make use of more than the full space, let’s say we’re in a stadium where maybe 100,000 people can fit in. In VR you could virtually allow access for many more people. That means you could sell more tickets than there are people who could fit in that venue." Now play Coldplay – Paradise

Yes, well, but nevertheless the concert industry rubs its greedy hands warmly. "What, more people want to stand on the catwalk of the Rolling Stones? Please, come in, 100 million euros more for us. "

Accessiable concert experience for everybody

But one must still say that such a technique can also have an inclusive aspect, Martin also emphasizes:

"Not everybody can leave their house without further ado, that’s where you’re already with the topic of inclusion. VR makes music concerts accessible to people whose visits are no problem for us. Isolation is one of the biggest cons I hear about VR, but especially in the future, SocialVR will become a much bigger issue and more people can participate than ever before."

In addition, if one assumes that VR will become really suitable for the masses and thus more affordable, people who are not able to afford tickets, travel and maybe even overnight stays all the time now could go to concerts. Besides that, you would be able to go to shows that you might not be able to access in the real world. Like big awards, the Grammys for example, but also festivals far away or very exclusive world music shows in an intimate atmosphere. For such events you have to pay a lot of money, besides the astronomical ticket prices, to get there. With VR maybe no problem anymore. And, nobody flies into your tent, drunk as a skunk during a world music festival. 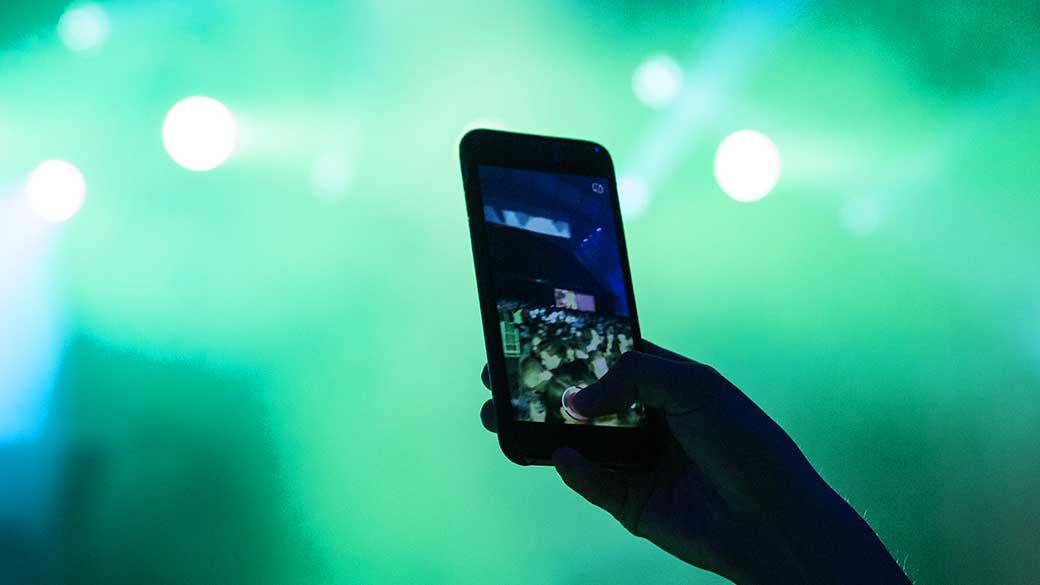 Virtual or not, which reality is better?

Sure, you can go to music shows without people who jostle you, but don’t you lose a significant part of what makes up a concert like this? Escape, standing alone in the living room, not the feelings, the buzzing of the bass in the chest, the joyful glowing heat, all expectant around a standing around, the smell of ecstasy lost? I have already experienced how sweat dripped from the ceiling, so wild was what happened on and in front of the stage. You don’t have to like it now, but a concert is a multi-sensory stimulating experience, isn’t it? But maybe you don’t have to see it all so black and white, rather both, like Christoph Spinger.

"Some people can’t go to concerts or something similar for health reasons. I can give them the opportunity to come but it won’t replace the real experience in the near future. Maybe there are people who like VR more because they don’t have to put up with people at the moment. But for a lot of people, I think that’s just part of having a sense of community, and I just can’t convey that as well in video games as I can in real life."

Be updated about unforeseen possbilities

The peaceful coexistence of virtual and real-world is desirable, Martin also thinks.

Read the next part