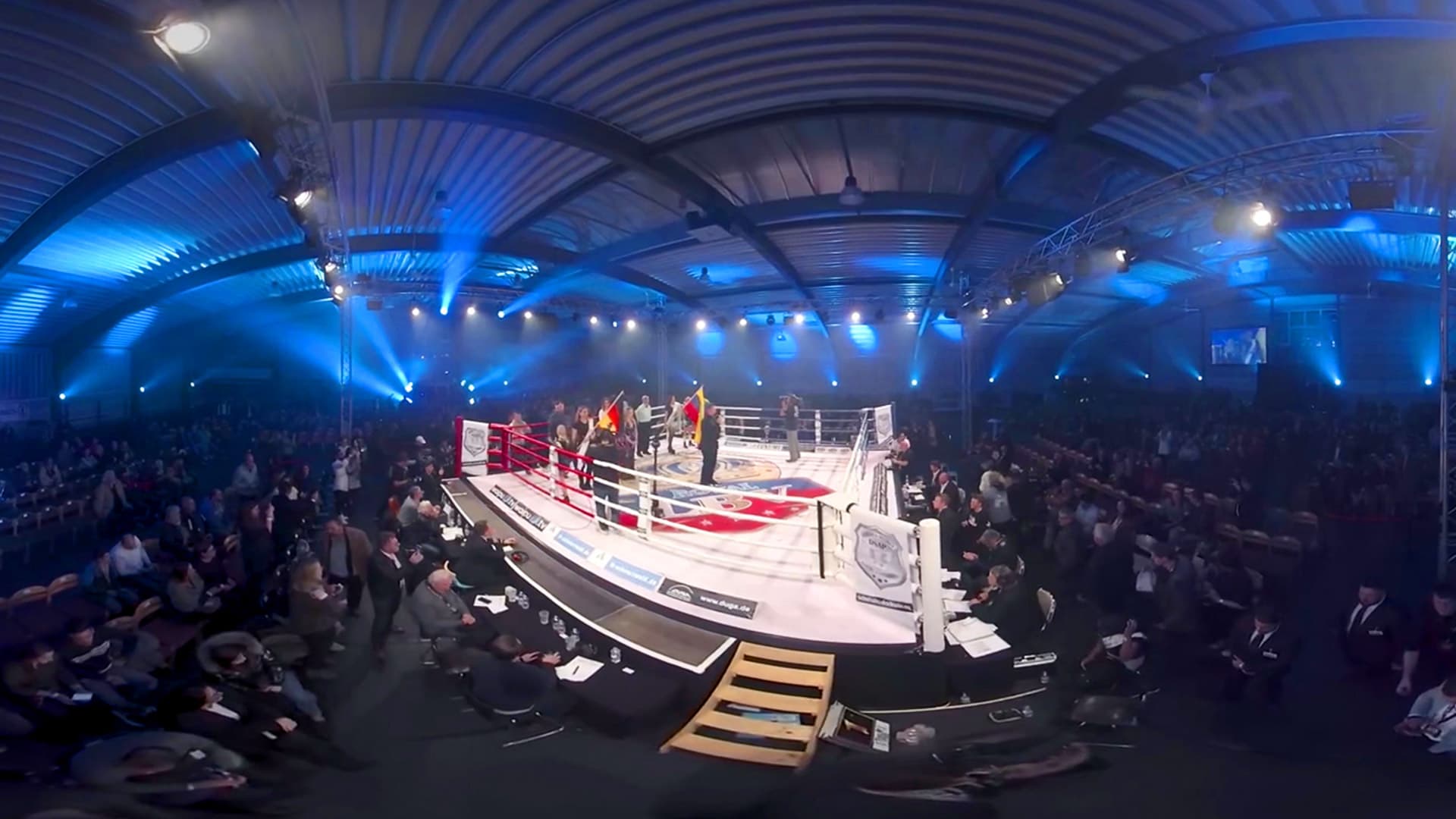 Protagonist of this 360° film is Tina Rupprecht, WBC World Championship in Minimum Weight and shows her journey from the preparation in training to the fight as a VR Boxing Experience in her hometown Augsburg.

The video cannot be embedded externally from Facebook but can be viewed here. Due to the data compression it is not necessarily suitable for the audiophile viewer, but not only that:
Since the entire VR production (concept, recording, stitching, sound mixing) was to be finished before Christmas, we effectively had one week to deliver a finished 360° video ready for upload to Social Media Facebook. So, shame on me, only mixed as stereo, which was the best compromise, because most users could see the video anyway via smartphone, probably without headphones, and I could only make sound recordings myself during the boxing match. Spatial sound and 3D audio will hopefully forgive me because anything else would be production madness and like that it was possible to finalize the project in spite of the tight deadline.

I think that when it comes to immersive sports, VR boxing, i.e. the transmission of boxes in 360° as a live stream or recording, is probably one of the cases that make the most sense to me in 360° video form. Let the audience be emotionally involved with the ambiance of the stadium with the sound and experience up close how the fists fly in front of the eyes. Even for people who are not necessarily fans of boxing, VR Boxing may be interesting.

Even though the VR project had to go pretty fast, I had the opportunity to make a small comparison between the Zoom H3-VR mobile phone recorder and the Sennheiser AMBEO® VR Mic – 3D AUDIO microphone in combination with the Zoom F8 MultiTrack Field Recorder.
It was also quite a challenge from a sound engineering point of view to record the entrance from the boxer’s perspective, which ran from 100% original sound into the mix. Thanks to GEMA, the song Sail by Awolnation could be taken over, which is quite unusual, but Pro7 Sat1 makes it possible for the broadcast, which took place in cooperation with Petkos Boxpromotion. In addition, there was a TV broadcast van outside the door where I was able to record the entire live stream, thanks to the colleagues for the cooperation.

I was happy to work with Matthias Taugwalder from Concept360, a real 360° video and panorama photo veteran. 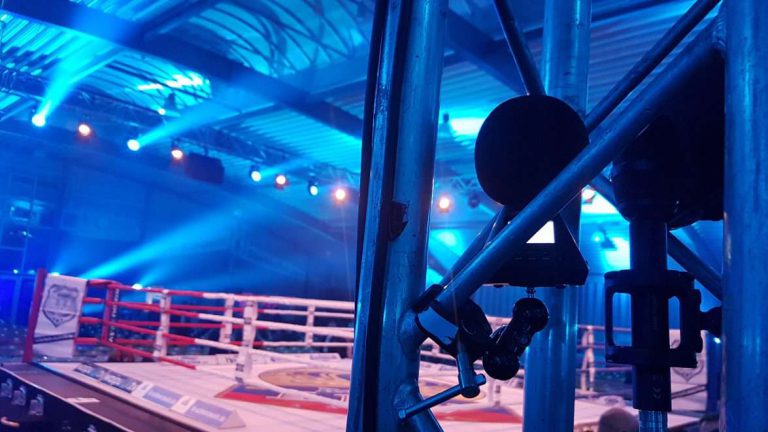 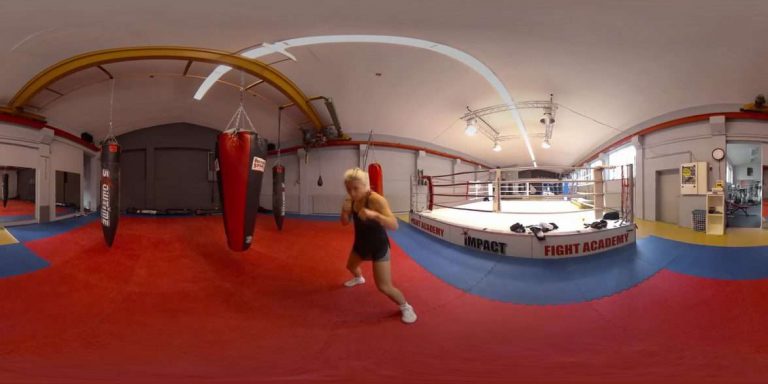 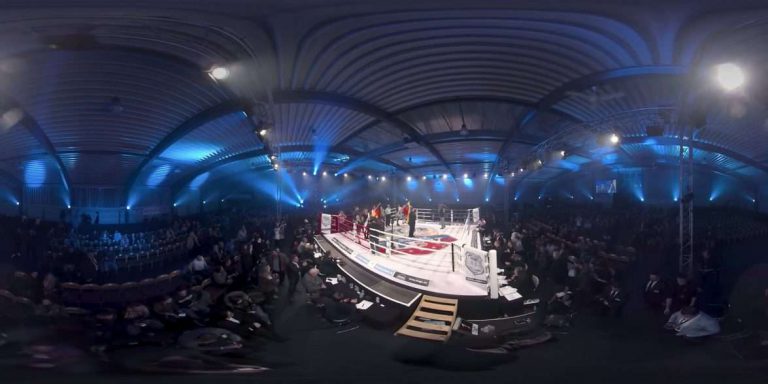 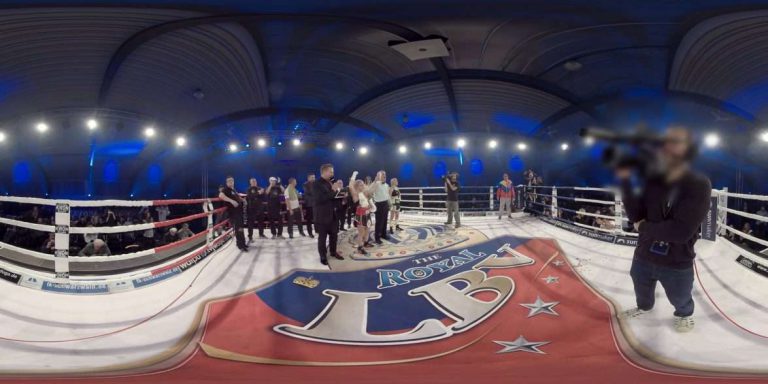 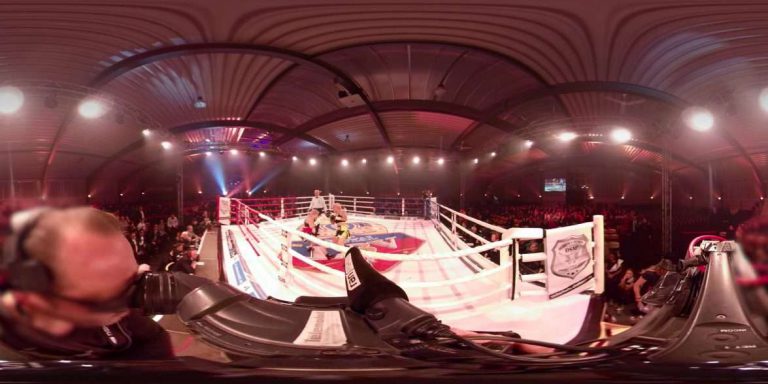 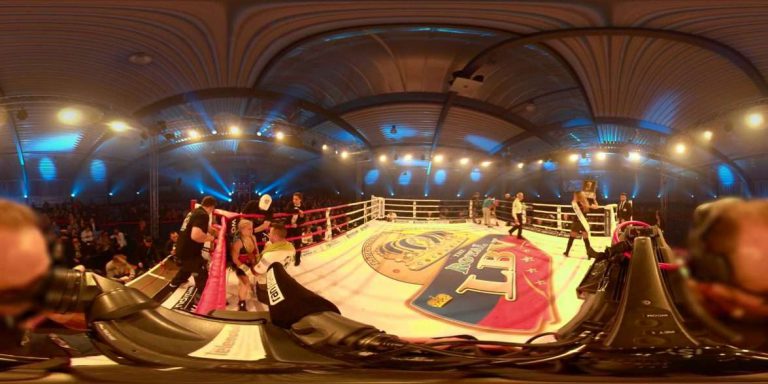