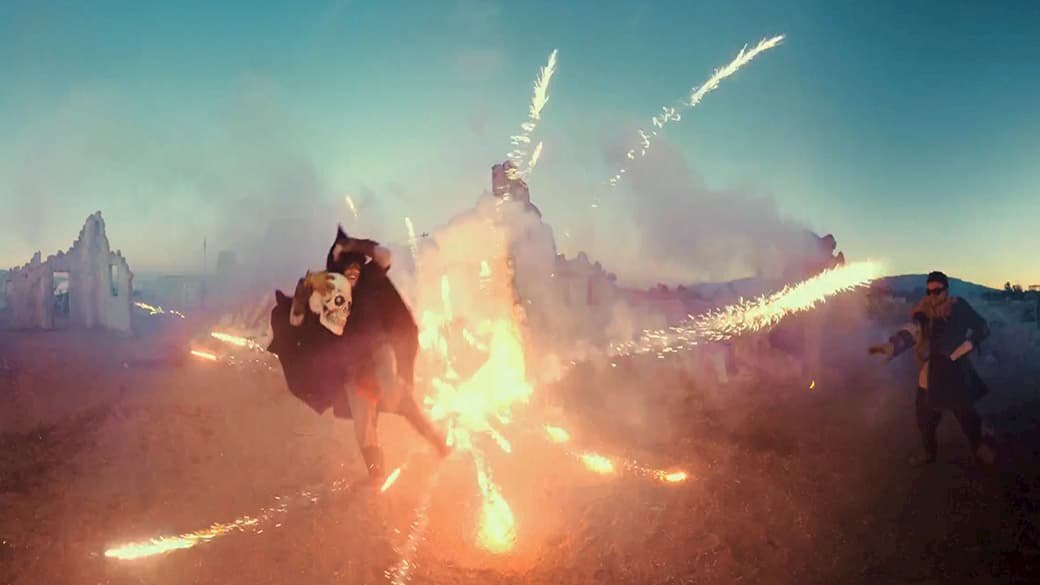 I worked on the 3D Audio content for this 360° video with Corridor Digital, a film production company from Los Angeles, with over 450 million video views, it’s one of the most successful channels of its kind on YouTube worldwide. It was shot with a Google Jump Rig that was kindly provided YouTube space.

Since the fireworks should fly criss-cross also on sound level, I did the task to transform the finished sound design into a 3D audio mix, which can later be played on YouTube in FOA (First Order Ambisonics). Since YouTube content is usually produced even faster than usual, I only had the time shift available, which was quite sporty in view of the amount of moving pictures and fireworks, which is not a serious high-end demand, but it’s definitely lots of fun.

It is a stereoscopic virtual reality video that sets a small milestone in terms of immersion on YouTube with its 3D image and 3D audio. Thanks for the Shout-Out from Sam Gorski himself, in the making-of blog of Corridor Digital’s channel: https://youtu.be/RfYRTpldGgs?t=9m59s

Fun fact: The original 3D 360° video has a resolution of two times 4k, i.e. 8k and the sound was created in Higher Order Ambisonics (Third-order Ambisonics) with 16 channels. Both together would result in a file that could not be played on any platform at the moment, but that may still come 😉