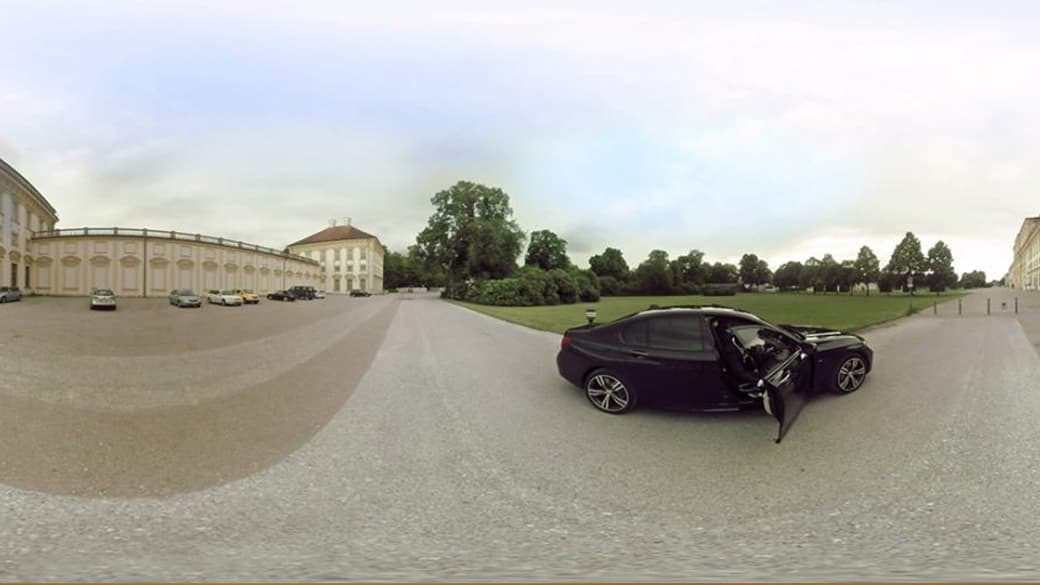 This is a small excerpt from the 360 video and shows the connectivity of the Samsung Galaxy S7 with the BMW 7 Series.

Connected Cars are a practical thing that is equipped with Internet and/or WLAN. You put your smartphone in the car, it is inductively charged and automatically connects to the environment, meaning you get your data from the phone display directly on the car display shown.
It’s all very well to explain this, but it’s even better to make it possible to experience it with a 360 video.

I find the view in the car as a VR experience exciting anyway, you really feel as if you were sitting in a car simply because you are used to the perspective. VR is certainly interesting for car manufacturers, be it already in development to give an impression of the later vehicle or also for customers to help with the purchase decision up to the entertainment system of the future.

The film was shot with GoPros and special Entaniya lenses. The challenge for the sound was to make recordings possible, even if the car is miles away, and also to provide good possibilities for playback in order to be able to make appropriate direction instructions.
Certainly not a high-end production, but it shows in an effective way that even with relatively simple means a 360 video can be created, which is much more effectively received by the end consumer than a typical explanatory video.