It is always my ambition to push the boundaries of what is possible. Merkelphone is a prime example. We spent over a year experimenting, recording and producing it in 3D audio. The result is a listening experience that cannot easily be categorised as a podcast, radio play or audio book.

Thanks to spatial sound technology (provided by the American secret service ;-), we can listen around in the chancellor’s flat. So put on your headphones and listen in on the daily life of the most powerful woman in the world. But that’s not all, since episode 1 I’ve already been producing with head tracking and soon I’ll have the app to go with it. Radio plays with head tracking, where can you find something like that? With us and with the story, it makes total sense.

If you want to read more about the potential of 3D audio podcasts, here has an article with more productions.

In our 3D audio comedy, Angela Merkel decides to release the NSA’s wiretap footage. You can hear why she does this in the following video speech of the chancellor "in her own words" (spoken by our leading actress Lucca Züchner): "What American secret agents have intercepted from my private mobile phone, that’s what I want you to know now, hehe."

In December, we will release the first miniseries of the "Merkelphone" series in 3D audio. On all popular podcast platforms such as Spotify, Apple Podcasts, and Deezer. In the miniseries by Sylvia Schirmer, we dive deeper into Merkel’s private flat with the pilot episode and four further parts with a total of 70 minutes of listening pleasure. After the release of the miniseries, six additional episodes are planned for spring 2022.

Merkelphone can be find on:

Merkelphone is just the beginning. We want to establish the radio plays as an innovative audio format and thus offer unique and entertaining listening experiences on a regular basis. The author and director, Sylvia Schirmer, relies on a dynamic production with actors who are captured under real conditions by a film sound engineer using a fishing rod and then arranged in 3D audio on a sphere around the listener by the mixing sound engineer.

The listener moves to the centre of the action and can enjoy the final product on the usual platforms in spatial stereo (for an optimal listening experience with headphones). From 2022, the episodes can even be experienced with head tracking via the specially developed listening game app; the listener can then intuitively decide with their head movements where they want to listen more closely and thus influence the listening experience. 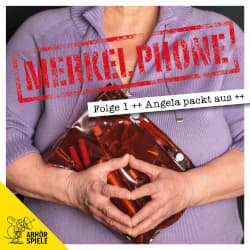 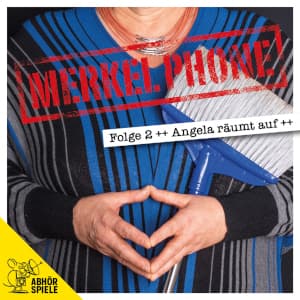 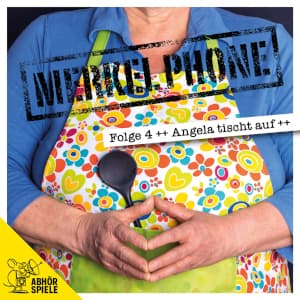 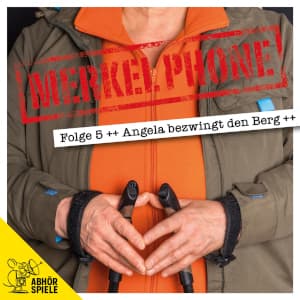 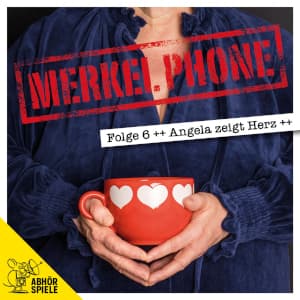 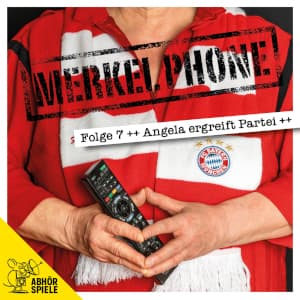 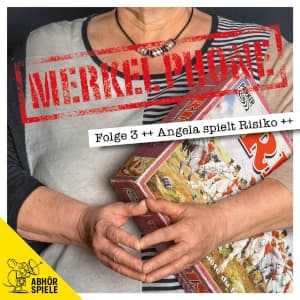 What is audio headtracking?

And what does it do to audio? More and more headphones with headtracking function are coming onto the market (e.g. AirPods Pro, Galaxy Buds Pro, etc.), which can detect the listener’s head movements via sensors. If you play a corresponding 360° audio with such headphones, the audio is adapted to the head movements in real time and the audio appears as if it were firmly anchored in the space around the listener – like a good surround sound system. Details are here

For our radio play, this means that the listener can follow the protagonists in the room with head movements, which enables a new kind of immersion and interactivity. When Merkel moves from left to right in the radio play, I as a listener have the possibility to follow her with a simple turn of the head, so that she remains in the centre of my "listening field".

Where is the market for 3D audio head tracking?

This dynamic head-tracking is now built into almost every pair of headphones. Even in some sunglasses. There are already more devices on the market than there are VR glasses, for example. Now good content is needed. Merkelphone, a 3D audio radio play, puts an acoustic exclamation mark on this!