For Harman/Kardon, a 360° video was animated that turns the viewer into the driver of a BMW i3 and virtually reproduces stereo music via standard loudspeakers and a 5.1 mix via the premium loudspeakers. An experience for the visitors of the CES fair in Las Vegas and IAA Frankfurt, with which a GearVR was exhibited with a specially designed app and produced content. It was a full CGI rendered stereoscopic 360 video and immersive sound with live head tracking over headphones.

For further applications, I did the music research and made possible with Stems a mix in higher order ambisonics, in this case: pop music mixed for binaural playback on headphones.

To achieve this, a special app was programmed for the Samsung GearVR, in which the ambisonics mix was implemented. Later, it was also worked with the Oculus Rift and a synchronized playback system, which enabled the sound to be played not via stereo headphones, but via the Auto HiFi system. 12 loudspeakers, as well as a Class-D DSP amplifier with 360 Watt, are installed. The arrangement of the loudspeakers was well analyzed and adapted to the interior to ensure ergonomic design and spatially accurate music reproduction.
Strictly speaking, these are 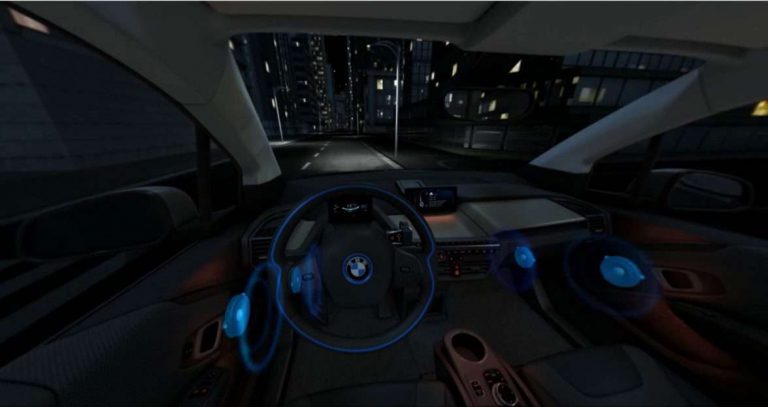 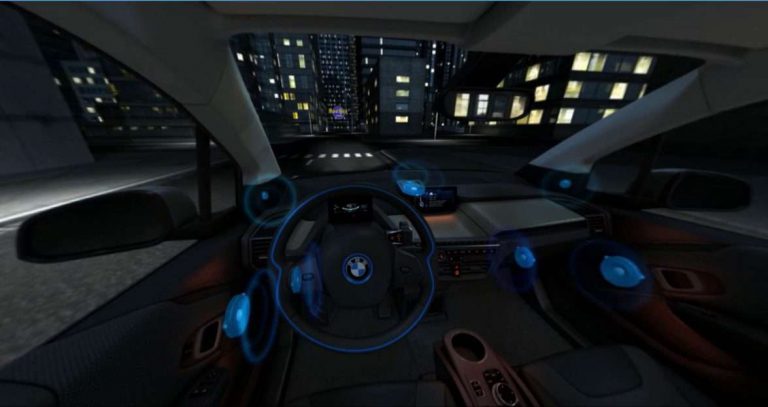 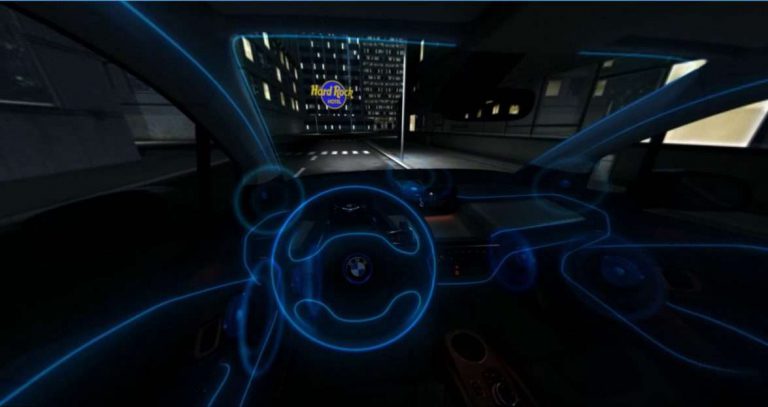