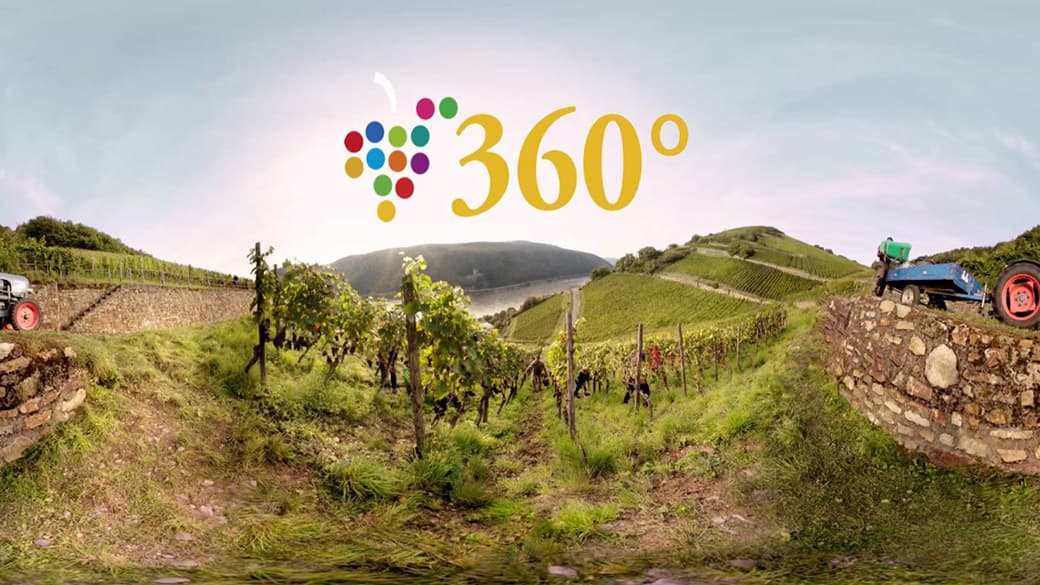 This VR project, a 360 Experience, shows how wine is produced in a slightly different way. First, you are in the middle of the grape harvest, then you are driven on a moving tractor through the vineyard to the winery and at the end, you find yourself in the wine cellar. A nice idea is, how the winegrower couple offers white or red wine in the last scene; if you take off the vr-headset, the corresponding wine glasses are in front of you during the installation.

A special challenge for me was said trekking trip. Of course, the engine noise could not be avoided, just as the fact that the protagonists were forced to speak loudly, which meant that their microphone signals were crosstalking each other. But since I was in charge of the recording, I knew how to get this 360° shot done in post-production with 3-D-sound.

The VR-Experience is available for free download in the Oculus Store with the languages German (original sound) and English (unsynced over-dubbing) as 360 Experience, or as seen above, as 360° video on YouTube with Spatial Audio (Ambisonics Type 1st-Order Periophonic, ACN, SN3D) or as the DWI calls it: 3-D-sound.

We shot with a setup of 4 Sony Alpha 7, which is a huge VR camera rig, but still gave me some freedom to record immersive 3-D sound directly from the set. I was also happy to be able to access high-end radio mics with directional antennas, as otherwise, the tractor would have simply driven out of my range. In addition, I had to install Com-Tek, i.e. monitoring systems with bodypack and headphones for a total of seven people (director, customer, agency). So there was a lot to do and in the VR-video, you can see how incredibly steep the steep slopes of the vineyards can be – but I think it was worth it.