Spatial sound is seeing a tremendous increase in backing by the audio industry. It’s the evolution stage of surround sound. Evidence of this can be seen in the number of spatial audio formats that have been unleashed in the last few years: Dolby Atmos, DTS-X, MPEG-H, Sony 360 Reality Audio, or Auro 3D.

At the same time, broadcasters and brands are embracing these formats to produce content and products; for example. Netflix recently announced that it would make content with spatial audio available through Apple’s own Spatial Audio technology.

More push by VR and AR

George Lucas said, "Sound is 50 percent of the experience" and a good sound experience is needed to make the whole VR/AR experience plausible. As a content creator myself, I can add that in the XR-world there is hardly any discussion if spatial audio is used. It’s more of a how can it be used. So here, people already know the benefits of 3D audio and use it instead of stereo.

I already wrote a more detailed article about the tech that enables 3d audio for soundbars and smart speakers here. But since 3D soundbars can really drive the loudspeaker revolution in spatial audio, I wanted to focus even more on it:

What are Soundbars now?

For VR/AR most of the audio is consumed through headphones, which is great for many applications. But what happens when there is the need to reproduce 3D sound through loudspeakers? In this case, nowadays object-based audio formats may be the solution. As they can easily adapt themselves to many reproduction setups, i.e., from headphones to stereo to a 5.1 or multichannel surround setup.

And whilst, ideally, everyone would be able to install a 5.1 system at home, this is not the case. You simply don’t want to put multiple speakers cluttered around the living room. Therefore, many users rely on more practical solutions such as soundbars.

Can today’s 3D soundbars give a reliable spatial audio experience?

The simple answer is yes. But before getting to how this is possible, let’s look briefly at the evolution of 3D soundbars:
Soundbar technology has historically been built around putting loudspeakers on a bar, hence their name – difficult to imagine, isn’t it? Jokes aside, traditional soundbar technology has been designed around putting the channels of a multichannel setup in a horizontal bar arrangement.

That means that a 5.1 soundbar would have 5 discrete channels packed on a soundbar. If this would be a 5.1.2 Dolby Atmos soundbar it would have 5 speakers plus 2 pointing upwards plus a subwoofer. Making it a 3D soundbar, right?

Technically yes, but what is the result? Such arrangement cannot, in practice, reproduce spatial audio effectively. Even when using algorithms to improve the spatial audio capabilities: performance remains poor, and is not comparable to a classic 5.1 Surround setup.

The state of the art in 3D soundbars

What is audio beamforming?

Similar technology is used in the Sennheiser Ambeo soundbar, which uses the reflections of the TV itself to project elevated sounds as well as beamforming to create virtual reflections from the room walls. Its MPEG-H support really makes it outstanding and uses the benefits of 3D audio to render a given piece of content as efficiently as possible. In this case, the content is not downmixed but sent as different audio objects (tracks) with spatial information stored in metadata files. Not as channel-based layout which is bound to a fixed loudspeaker setup.

But of course, Dolby Atmos is a thing here, especially in the context of blockbuster films. Since Dolby Atmos is an object-based format (to be frank, it’s less of a format and more of a marketing term) it is still really relevant also for Dolby Atmos Music. There are already many devices on the market. But be careful on what formats are even supported. Many just use the Stereo signal to upmix it or just allow a virtual 5.1. Dolby surround setup. Which is 2D, not 3D since it doesn’t have any height information. 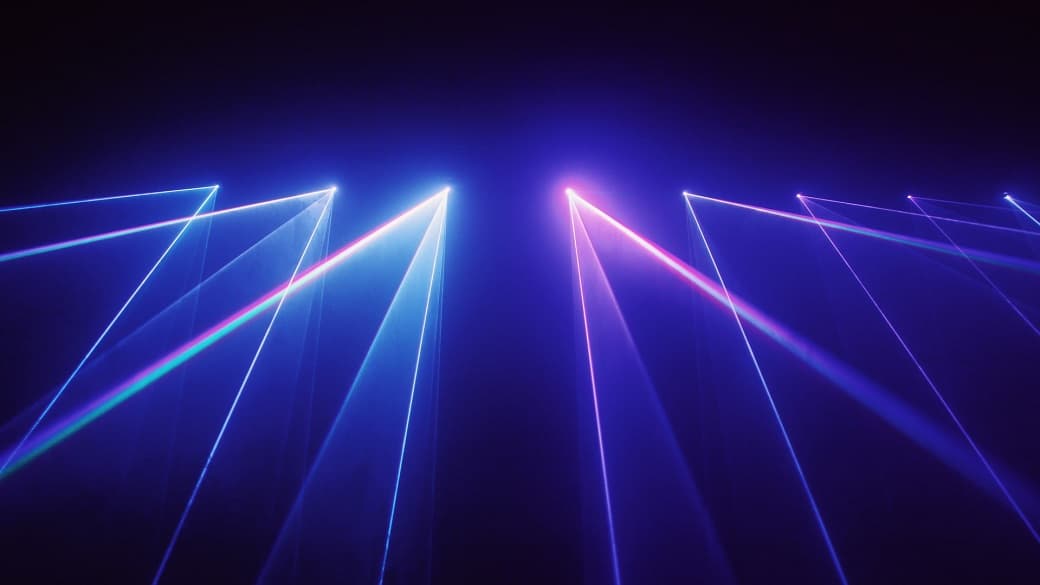 What are virtual headphones?

The use of a dense array of loudspeakers introduces various advantages to control the radiation of the soundbar’s acoustic field. For example, the 3D soundbar can create narrow beams to directly send sounds to the ears of a user. This way, “virtual headphones” can be created which can be used to reproduce 3D content. This method of rendering 3D sounds is called cross-talk cancellation, or because it is combined with a loudspeaker array that delivers the beamforming, cross-talk-cancellation beamforming. Examples of these technologies are the Sharp Aquos or the Yarra 3D soundbar.

Cross-Talk-Cancellation (CTC) systems can reproduce effective binaural audio without the need of headphones. This gives a very dramatic sound impression, and those who have been lucky to experience them are always surprised by its extreme 3D and natural-sounding performance. The only problem with the cross-talk-cancellation system is that they have a very sharply determined sweet spot, of only a few centimeters. So the user must be precisely positioned with respect to the loudspeakers.

The good news is that listener-adaptive cross-talk-cancellation systems have been developed in the last few years This is making cross-talk-cancellation systems a practical reality that can provide very, very realistic 3D sound experiences in everyday scenarios Usecase range from gaming to media consumption from PCs or home-cinema to automotive or other uses that benefit from 3D sound.

The leading technology in this field has been developed by Audioscenic. This technology combines computer vision-based user-tracking technology and a loudspeaker array to deliver perfect 3D sound, even if the user is moving.

The Sound (bar) of the Future

Applying such technology in modern 3D soundbars has the power to revolutionize the domestic audio scene. Just imagine, to consume binaural 3D audio in your desk or living room without having to wear headphones. Imagine being able to connect to others around you and enjoying the latest movie with object-based audio, 3D music track, or videogame through a soundbar: In other words being surrounded with sound anywhere around you.

With Audioscenic technology this is something that is coming soon to the market. Furthermore, such a soundbar is effectively a sound antenna that can radiate sound in a specific way to create a given sound effect. This can, for example, be used to create hot spots of sounds to increase loudness and improve intelligibility for hearing impaired users; or to send sound to the walls of a room to give a diffuse surround experience.

There was a little hype on kickstarter with a 3D soundbar that has a similar vision. It is currently under development and successfully funded. So we couldn’t test it yet. The main difference to the technology mentioned above is that it uses ultrasonic sound. The so-called SoundBeaming™emits high frequencies that humans can’t hear. When those soundwaves overlap in the right spot with the right phase: they introduce frequencies that now get hearable again. It’s way more complicated math – as always but the principle is interesting.

Such technology has its pros and cons; It can produce very directional radiation, which allows it to create very differentiated zones of sound concentrated around users (great for privacy). However, it generally lacks low-frequency response, so it needs to be combined with other traditional reproduction methods to obtain a more Hi-Fi like response.

And there might be a catch that we don’t even know about yet: As you know from my article on health, ultrasonic sound can be used to have an effect on a body. High frequencies need a lot of energy to travel even just a few meters. Even though you can’t hear them, doesn’t mean they don’t mess with your body. Just like infrasound from wind turbines can have a longterm effect on people living close enough. But I ordered one anyway, so let’s see what happens with me, lol.

Adjusting object-based audio to the soundbar

To make the experience even better, object-based audio formats are becoming mainstream. This means that content can be tailored more efficiently to be reproduced by a beamforming adaptive CTC soundbar. Either to reproduce 3D sound by creating a binaural version of the original object-based content or by improving accessibility by just selecting the foreground to be boosted in the sound hot spot instead of the background sounds.

But here we have Chicken or the egg questions again. There is not too much content out there that has a higher resolution than stereo. So more channels to even have more spatial information. Dolby Atmos and Sony 360 Reality are currently investing a lot in content production and tools.

Most of it is music and films though, just I think is not necessarily where 3D audio has its potential. On 3D soundbars maybe, but there is more we could do with it. Want to know more? Just hit me up.

The current trend is a rapid growth for content being created for VR, AR and other 3D or 360 formats. With vast amounts of research going on into creating every time more realistic sound experiences, and the ability to consume this with both headphones and loudspeakers. The trend is telling us that we are on our way to a world where we are going to consume 3D audio by default.